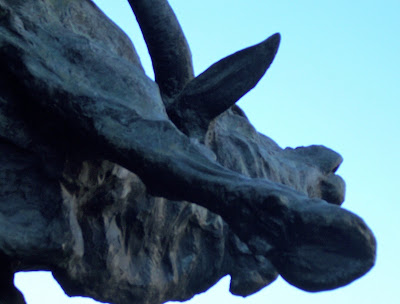 *KCJazzLark makes another invaluable contribution to the jazz world by unearthing an obscure documentary on Jay McShann. It serves as a sequel to The Last of the Blue Devils.

*So, it's come to this- California hip hop artist Planet Asia is featured in the first professional music video shot in Kansas City's Jazz District.

*Many of William Gottlieb's jazz photos have entered the public domain and are posted at Flickr. This famous shot of Charlie Parker is among the images in the collection. (Tip via A Blog Supreme.) Kansas City jazz advocate Lee Ingalls shares his thoughts on the news.

*Karrin Allyson recently participated in a "Jazz for the Gulf" benefit concert.

*The Star examined the Atlantic Diaspora exhibit at the American Jazz Museum.

*Mary Lou Williams is honored in Chicago this week. (Tip from Rick in PV.)

*Mouth's new album is available as a free download at their revamped site. It contains two-and-a-half hours of live jams. Airhorns aside, I like it.

*Nora Hulse, an "advocate of female ragtime composers," is profiled by Lawrence's Journal-World.

*Here's a direct link to an MP3 download of a track from Miles Bonny's forthcoming German compilation.

(Original image by Plastic Sax.)
Posted by Happy In Bag at 9:52 AM