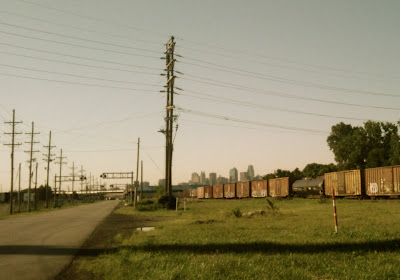 *The role of race in today's jazz scene is pondered by KCJazzLark.

*Dave Stephens' most prominent fan continues to share his enthusiasm for the showman.

*"The case has been made before about the younger generation getting its jones for jazz from the jam band world," Tim Finn writes in his review of an Umphrey's McGee concert. "Saturday night, that notion was confirmed."

*Neon Jazz is the title of a new radio program originating in Liberty.

*A couple of my buddies are amused by this cruel spoof. I'm not laughing.

*Tweet o' the Week: GrunauerKC: A reminder to all jazz enthusiasts: there is no shame in deodorant. (Via a Steve Paul retweet.)

*The jazz enthusiasts at Take Five Coffee Bar asked that I remind fans and musicians of the Leawood establishment's live music calendar.

(Original image by Plastic Sax.)
Posted by Happy In Bag at 5:33 PM

For the record...that's the exact number of the Getty Images stock photo.