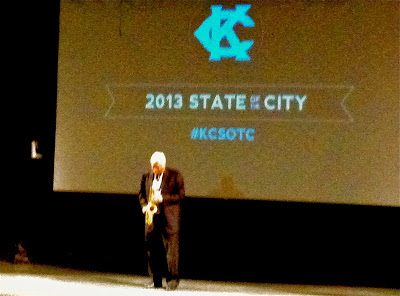 Decades removed from a significant place in the cultural mainstream, an alarming proportion of jazz has grown appallingly obsequious.  It's remarkable, consequently, when a prominent jazz artist incorporates explicit social commentary into his or her music.

Check Cashing Day, the latest album by Bobby Watson, is certain to upset some listeners.  Watson's political stance, combined with his formidable artistic aptitude, make Check Cashing Day one of the most important jazz albums by a Kansas City-based artist in recent years.

The daring project contains spoken word segments by poet Glenn North that directly address the political undercurrent that's fueled much of Watson's work.  In his famous 1963 "I Have a Dream" speech at the Lincoln Memorial, Martin Luther King, Jr. suggested that "we've come to our nation's capital to cash a check."  North and Watson take the concept figuratively and literally.  "The bill is up to four trillion dollars now and man, it's way past due," North implores.  "What do I have to do to get my forty acres and a mule?"

Reparations, ongoing racial disparities and unfulfilled promises are recurring themes.  Yet on "Revival (Ovedia)," North implies that spiritual redemption can be found at a jazz club at 18th & Vine.  A person who overheard me listening to Check Cashing Day protested that North's contribution to the album is "corny."  Heard out of context, the spoken word segments might be off-putting.  Within the framework of the entire album, however, North's work is powerful.

The momentous album may irritate a few of Watson's longtime fans, but the achingly beautiful and momentous Check Cashing Day is an essential addition to Watson's esteemed discography.

(Original bleary image of Bobby Watson by Plastic Sax.)
Posted by Happy In Bag at 8:32 PM