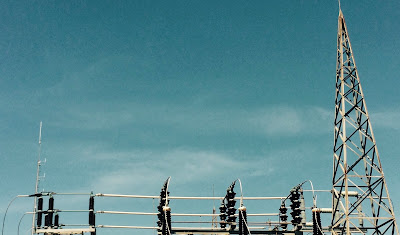 (Original image by Plastic Sax.)
Posted by Happy In Bag at 12:32 PM

It's an interesting experiment, but I have little interest in watching video streams of a jazz performance. I would much rather be there in person.

It is great that you'd "rather be there in person" Anonymous June 12, 2017, at 1:26 PM because ultimately 40 people came out - which is great for a weekday concert in Kansas City.

But, it must also be noted that this live webcast platform actually proved to be useful to some people.

25 people watched on a Tuesday night in the summer, with 11 of them paying (or tipping).

It's just like using the Internet for music distribution in the 1990s. Some people preferred walk-in record stores and some didn't mind listening to music via their computers online.

I plan to offer live webcasts from this point forward because I play original music and don't have to be concerned with copyright or music performance licensing issues.

Thanks to Happy In Bag for posting about this aspect of the concert performance.

The full report is linked to in his original blog post, but here it is again:

I had out of town guests last weekend who said they would definitely pay a subscription fee to be able to see my daughter's performances in KC. They are 4 hours away and want to stay up on what she's doing. So would her uncles who are out of state. When I record with Facebook live many people from Hays (where she grew up) join in. Finally, people who are in poor health and house-bound would feel connected and could support their favorite musicians during times when they can't be there in person.
I think this has the potential to be a great thing. I would expect the quality of the sound and video to be better than my grainy Facebook live videos. It's the quality and convenience you pay for. - Carol Murray

I agree wholeheartedly, Carol. The reports I received from friends and others who attended the live webcast said both audio and video quality were great. Some of that undoubtedly had to do with the superb job Tom does with the live sound at Westport Coffeehouse Theater too. I'm convinced live webcast is the next "thing," like MP3 technology was to the 1990s. Cb