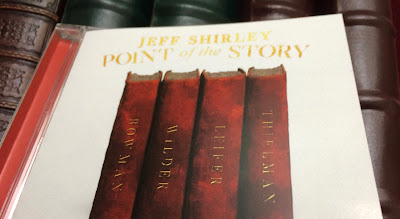 Point of the Story, the new album by Jeff Shirley, is impeccably tasteful.  It’s a shock, consequently, when a bit of grit is introduced on the eleventh track.  “Gerkin’s Sister Temple” adds six-minutes of left-of-center edginess to a 75-minute document that otherwise glides right down the center of jazz’s mainstream lane.

Conservative but never cautious, Shirley plays with a graceful confidence that makes Point of the Story a straight-ahead jazz fan’s delight.  The sole frustrating aspect of the project is that a couple tracks fade out just as they’re heating up, a dilemma that will likely be rectified during the release party for the album at Black Dolphin on Saturday, April 14.