Before achieving international acclaim as a jazz vocalist, Kevin Mahogany regularly performed in a variety of contexts at Kansas City joints like Jimmy's Jigger. Plastic Sax fondly recalls his versions of hits by the Temptations, Randy Travis, Luther Vandross, Jon Hendricks and Joe Turner. Mahogany returns to Kansas City Saturday for a show at the Folly. Joe Klopus notes Mahogany's all-star band in his preview of the concert. Mahogany's sense of playfulness is shown to good effect in this video.
Posted by Happy In Bag at 3:09 PM 2 comments: 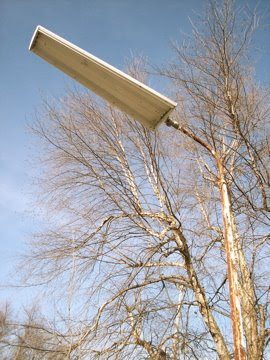 (Original image by Plastic Sax.)
Posted by Happy In Bag at 9:32 AM 2 comments: 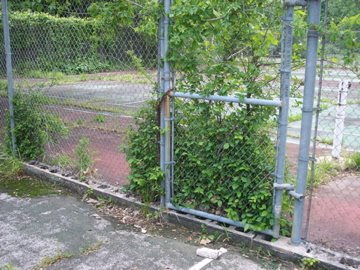 Now's the Time: The Blue Note 7 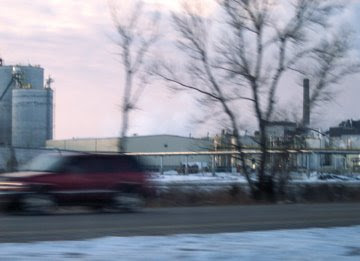 *Bob Brookmeyer's appearance in Columbia is previewed by Joe Klopus.

*The Charlie Parker Jazz Festival (a New York-based organization) commissioned a work by Will McEvoy's Mutasm.

*They're talking about Charlie Parker over in St. Louis.

*A performance by Imani Winds was reviewed by The Star.

*A local blogger notes an ironic jazz-related twist to a heated political debate.

*Karrin Allyson's forthcoming dates at Jardine's have been moved to June 17-18.

*Joel Francis is unveiling a list of "15 Jazz Greats To Emerge In the Last 20 Years." Will any local artists make the cut?

*A handful of jazz-related acts are participating in KKFI's band auction.

*Kansas City's jazz scene has a fan in Tokyo.

*Former Kansas City favorite Lee is on fire over at The New Low Down.

(Original image by Plastic Sax.)
Posted by Happy In Bag at 8:47 AM No comments: 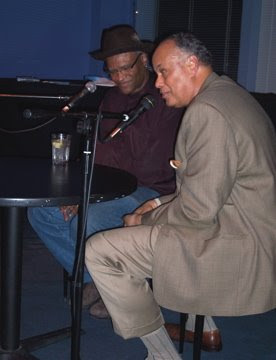 I wasn't the youngest guy in the room. That was just one of the encouraging aspects of the Blue Note Records listening party at the Blue Room last week. A wide range of jazz enthusiasts attended the lively event. Miles Bonny (below) spun as Bobby Watson and Elmer Jackson (above) offered insightful commentary. Steve Paul reflects on the party in today's Star. The Blue Note 7 perform at the Gem Theater on Friday, February 20. 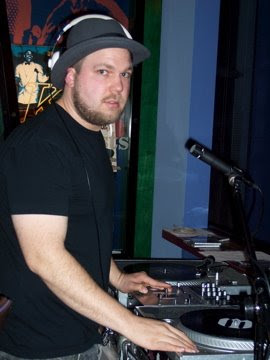 (Original images by Plastic Sax.)
Posted by Happy In Bag at 9:57 AM No comments:


Plastic Sax ranked the Metheny Music Foundation's contribution to the Kansas City-area's jazz scene as the seventh most important jazz-related event of 2008. This new video "scrapbook" serves as a reminder of the Foundation's value.
Posted by Happy In Bag at 11:46 AM No comments: 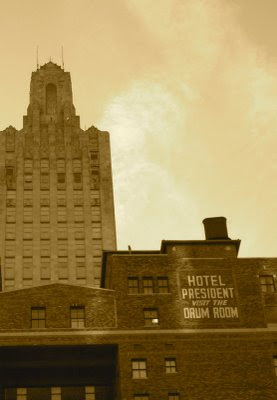 *This site is dedicated to music. Nevertheless, when a horrific and mysterious crime scene is discovered just a block from the American Jazz Museum at the Jazz District Apartments, it merits a mention in this space.

*KCUR's KC Currents talked to local jazz fan Elmer Jackson. Download the program here. The jazz segment begins around the 44:00 mark. Look for Plastic Sax's assessment of the Blue Note Records listening party at the Blue Room in a post next week.

(Original image by Plastic Sax.)
Posted by Happy In Bag at 5:06 PM 3 comments: 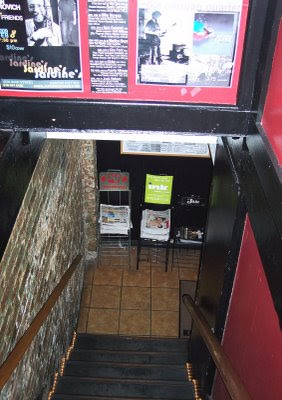 How many times have I seen Ida McBeth sing? Fifty? Seventy-five? Just like many music fans in Kansas City, I sometimes take the vocalist for granted.

With that unmerited negligence in mind, I dedicated early Saturday evening to a McBeth performance at Jardine's.

McBeth is better than ever.

Her striking physical beauty is intact and her dusky voice is now even more laden with emotion.

She completely invests herself in her repertoire. Songs including Irving Berlin's "You Can Have Him," Bill Withers' "Grandma's Hands" and the Rodgers and Hart standard "Bewitched, Bothered and Bewildered" are unabashedly imbued with sorrow, bitterness and grief.

In peak form, McBeth is no less a distinctive and artistically important song stylist than Nancy Wilson, Nina Simone or Roberta Flack.

What's not to like? Well, I just don't dig McBeth's band. (Sorry guys.) I'd prefer either a smaller, more intimate presentation or a brassier, more commercial vibe. The current format just seems tired.

None of that matters, though, when McBeth is singing. She remains the best in Kansas City.

(Original image by Plastic Sax.)
Posted by Happy In Bag at 9:43 AM 1 comment:


Drummer Duffy Jackson "puts the grin on the groove and aims the beat at your feet" in this brief live clip ostensibly shot at a Kansas City concert in '79 or '80. Still with the Basie Orchestra, Jackson was the clear audience favorite at the ensemble's 2007 performance at the Folly Theater. It's one of eight videos Jackson has recently posted at YouTube.
Posted by Happy In Bag at 9:54 AM No comments: 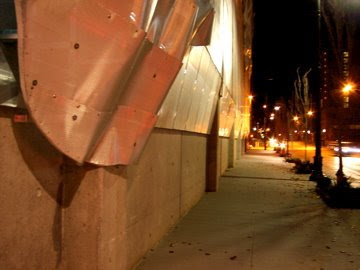 *The American Jazz Museum will host "Stories From the Vine" a "history of 18th & Vine as told by those who lived it." The series begins February 14.

*The Pitch reports that Dwight Frizzell will host a KKFI show dedicated to Sun Ra.

*The Star ran a lovely tribute to Joan Kent Dillon, the woman who spearheaded the restoration of the Folly Theater.

*The Blue Room will host a plethora of performances by female artists in March in recognition of Women's History Month.

(Original image by Plastic Sax.)
Posted by Happy In Bag at 9:19 AM 1 comment: 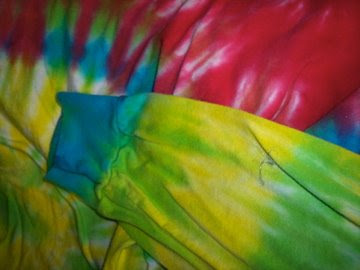 (Original image by Plastic Sax.)
Posted by Happy In Bag at 9:35 AM 3 comments: