The members of the Chicago based fusion band Marbin are true road warriors.  Marbin returns to Kansas City for a gig at Davey’s Uptown Ramblers Club on Thursday, January 30.
Posted by Happy In Bag at 5:48 AM No comments: 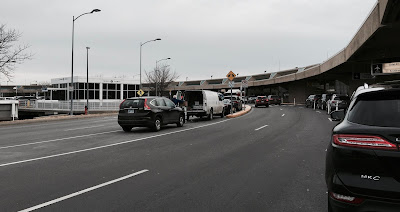 *Pat Metheny is on the covers of the latest issues of Jazzwise and Downbeat magazines.

*Extracted from a press release: Guitar Elation will celebrate the release of Double Live at Green Lady Lounge with a performance at Green Lady Lounge from 8-11 p.m. on Thursday, February 6.  Released by Jazz Daddy Records on February 1, the album was recorded on Thursday, August 10, 2017.  Guitar Elation consists of guitarists Brian Baggett and Danny Embrey, organist Ken Lovern and drummer Todd Strait.

Now's the Time: Too Many Zooz


After posting three times a week without a single interruption for several years, Plastic Sax is finally taking a break.  I’ll count on this abrasive performance by Too Many Zooz to bridge the gap until I resume informing (and irritating) Kansas City’s jazz community in a couple weeks.  The imaginative New York tiro performs at the Bottleneck on Saturday, February 8.
Posted by Happy In Bag at 9:10 AM No comments: 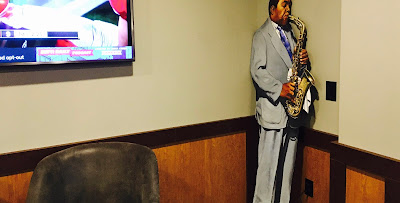 *Rashida Phillips chatted with The Kansas City Star on her third day on the job as the new boss at the American Jazz Museum.

*Harold O’Neal released “Look at You”, a track from his Once Upon a Time project.

*The Kansas City Star previewed a concert by the Delvon Lamarr Organ Trio.

*J.D. Considine laments the diminished relevance of Charlie Parker in a lengthy essay for Downbeat.

*Albums by Kansas City based musicians were shut out of the 2019 NPR Music Jazz Critics Poll.

*Tweet o’ the Week: Steadman- A progressive challenger to Emanuel Cleaver in Missouri accused the congressman, who is black, of keeping a photo of Bill Cosby at his desk. It was Al Jarreau

*From a press release: Craft Recordings is proud to announce the release of The Savoy 10-Inch LP Collection, which spotlights Charlie Parker’s groundbreaking bebop sessions for the legendary jazz label, spanning 1944 to 1948. The deluxe, four-LP box set—also available digitally—features newly restored and remastered audio, faithfully reproduced artwork from the original 10-inch albums, plus a booklet containing vintage photos, rare ephemera and new liner notes…  Set for a February 28th release date, The Savoy 10-Inch LP Collection is available for pre-order today (1/8), while the instant grat single, “Ko-Ko,” can now be streamed or downloaded on all major digital outlets. 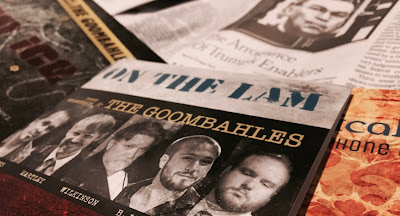 Todd Wilkinson disappoints me daily.  I encounter Wilkinson’s retweets of liberal talking points every time I open my Twitter feed.  I’m not offended by Wilkinson’s politics, but I know that an extraordinarily interesting person is lurking behind his generic Twitter persona.

As the former proprietor of a live music venue and as an enterprising performer on Kansas City’s music scene for more than 35 years, Wilkinson is uniquely positioned to recount wild stories and share valuable artistic insights.  Three recent albums reveal Wilkinson’s musical range and excellent sense of humor.  The straight-ahead On Ice and the fusion-oriented On the Lam are filled with sprightly melodies and the sort of in-the-pocket playing that’s expected of in-demand Kansas City jazz musicians.

Yet it’s on Tusk that Wilkinson shines most brightly.  Playing every note under the amusing banner of the Conical Boar Saxophone Quintet, Wilkinson playfully evokes serious saxophone chamber groups such as the World Saxophone Quartet and the Prism Quartet on selections including “Two in the Bush”.  Wilkinson may be lousy on Twitter, but he’s absolutely brilliant on Tusk.


The tradition-minded vocalist Eboni Fondren will perform in Johnson County Community College’s Winterlude series at Polsky Theatre on Sunday, January 19.  She'll be backed by pianist Joe Cartwright, bassist Seth Lee and drummer John Kizilarmut.
Posted by Happy In Bag at 9:01 AM No comments: 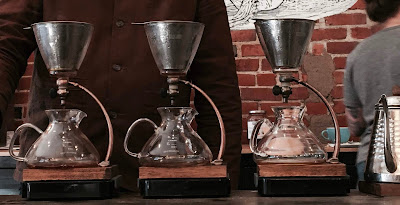 *Rashida Phillips of the American Jazz Museum reveals a few of her interests and influences for In Kansas City.

*Tony Tixier’s return to the Blue Room was previewed by The Kansas City Star.

*Tweet o’ the Week: Jazz St. Louis- One of our favorite ways to start the new year: The Bad Plus return to St. Louis next week, Jan. 8-12.

*From the American Jazz Museum: AJM is hosting a celebration of Kansas City jazz pianist and bandleader Jay McShann, who would be celebrating his 104th birthday this year.  A social hour with appetizers will be held in the permanent exhibit of the American Jazz Museum. Hosted by his daughter, Jayne McShann Lewis, this time is for attendees to share thoughts and memories of her late father. Although this event is free and open to the public, there is a max capacity of 50 guests. (7-8:30 p.m. Friday, Jan. 10)

The Top Jazz-Related Stories and Trends of 2019

1. My Dear Watson
As noted at Plastic Sax last month, the Bobby Watson era in Kansas City is drawing to a close. The reigning Plastic Sax Person of the Decade for the past 20 years is irreplaceable.

2. Final Notice
Rashida Phillips was named the new Executive Director of the American Jazz Museum in December.  The beleaguered institution is at a critical juncture.  Can Phillips restore even a portion of its former vitality?

3. Blind Item
“We are dealing with decreased attendance. The continuation of (redacted) is in jeopardy. If (redacted) is to survive, we must increase membership, donors and concert attendance.”  The dire warning emailed to supporters of a Kansas City jazz advocacy group reflects the grim behind-the-scenes struggle shared by several jazz-oriented organizations.

4. Ornithology
Charlie Parker was born in Kansas City, Kansas, on August 29, 1920.  Is Kansas City prepared to properly commemorate the centennial of his birth?  Fly Higher, the most prominent all-star tour honoring Parker, is unlikely to stop in Kansas City.

5. Missing in Action
Joshua Redman told the audience at his April concert at the Folly Theater that Kansas City is “not a city I get to come through very often these days.”  It’s a harsh reality.  Kansas City is not on the itineraries of most touring jazz artists.  Alas, the majority of the sporadic noble experiments fail.  I was compelled to travel to Chicago and Knoxville in 2019 to hear the world’s most important jazz artists.

6. Cold Shoulder
When it comes to coverage by the international jazz press, Kansas City may as well be Dodge City.  The virtual media blackout is galling.  Not a single album overseen by a Kansas City based jazz artist appeared on a prominent best-of-2019 list.  Even the most comprehensive jazz critic snubbed locally based musicians.

8. Dynamic Duo
The two most encouraging moments of the year came from opposite ends of the spectrum.  About 1,500 people purchased pricey ticket to catch the Kansas City debut of Snarky Puppy in June.  And dozens of young people stood in rapt attention during an audacious free show by Logan Richardson at the Ship in September.

9. Prairie Village for the Win
The only jazz festival in the Kansas City area in 2019 was the one-day, five-act Prairie Village Jazz Festival headlined by Dan Thomas & the KC All Star Big Band.

10. Called Out
The notable Kansas City musician Eddie Moore took the author of Plastic Sax to task during my appearance on Marcus Lewis’ Ask a Jazz Dude talk show.  Moore implied that I regularly mocked locally based musicians in essays like this.  That’s not my intent.  Moore is precisely the sort of musician I believe merits more attention.  While I’ll never be mistaken for an uncritical cheerleader, I put everything I have into selectively promoting Kansas City jazz musicians with efforts like this, this, this, this and this.  Like it or not, I remain the most prominent and active media advocate of Kansas City’s jazz scene.

(Original image by Plastic Sax.)
Posted by Happy In Bag at 11:59 AM No comments:


Before becoming Kansas City’s preeminent straight-ahead jazz guitarist, Rod Fleeman was a member of the adventurous jazz fusion group Dry Jack.  Whale City is one of two Dry Jack albums released by Inner City Records in the 1970s.  I don’t know how Fleeman might respond to a request for “Wimpy Thing” at his matinee show at Green Lady Lounge on Saturday, January 4.
Posted by Happy In Bag at 1:04 PM No comments: 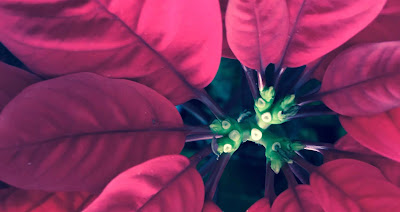 *Shows by Guitar Elation and Lonnie McFadden are among The Kansas City Star’s latest concert recommendations.