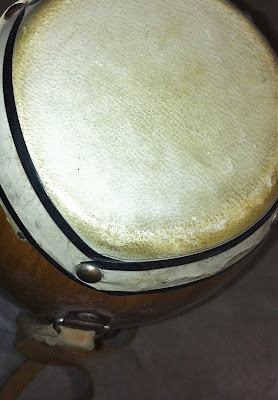 The average age of Alaturka's audience at the Jazz Winterlude festival in January was about 65.  I heard the phrase "Turkish jazz" bandied about with suspicion before the band began playing and feared that outraged advocates of traditional swing would walk out during the first selection.  I underestimated both the audience's willingness to accept new sounds and the persuasive virtuosity of the members of Alaturka.

The stellar set by string master Beau Bledsoe, saxophonist Rich Wheeler, bassist Jeff Harshbarger and percussionist Brandon Draper won over the entirety of the room.  The audience even demanded- and received- an encore.

Tamam Abi, Alaturka' 2010 debut release, was one of my favorite albums of 2010.  While the new release Yalniz is every bit the equal of its predecessor, it documents the band's rapid evolution.

Not only is Yalniz less brash than Tamam Abi, the project includes vocals by Nihan Yesil.  The result is a sublime album that emphasizes the Turkish side of the Turkish-jazz equation.  Having already proven that their concept works, the members of Alaturka seems less intent on demonstrating their jazz chops than on developing new textures.  The opening track "Divane Aşık Gibi" is representative of the captivating album.

Alaturka's album release party for Yalniz is Sunday, March 10, at the RecordBar.

(Original image by Plastic Sax.)
Posted by Happy In Bag at 9:31 AM