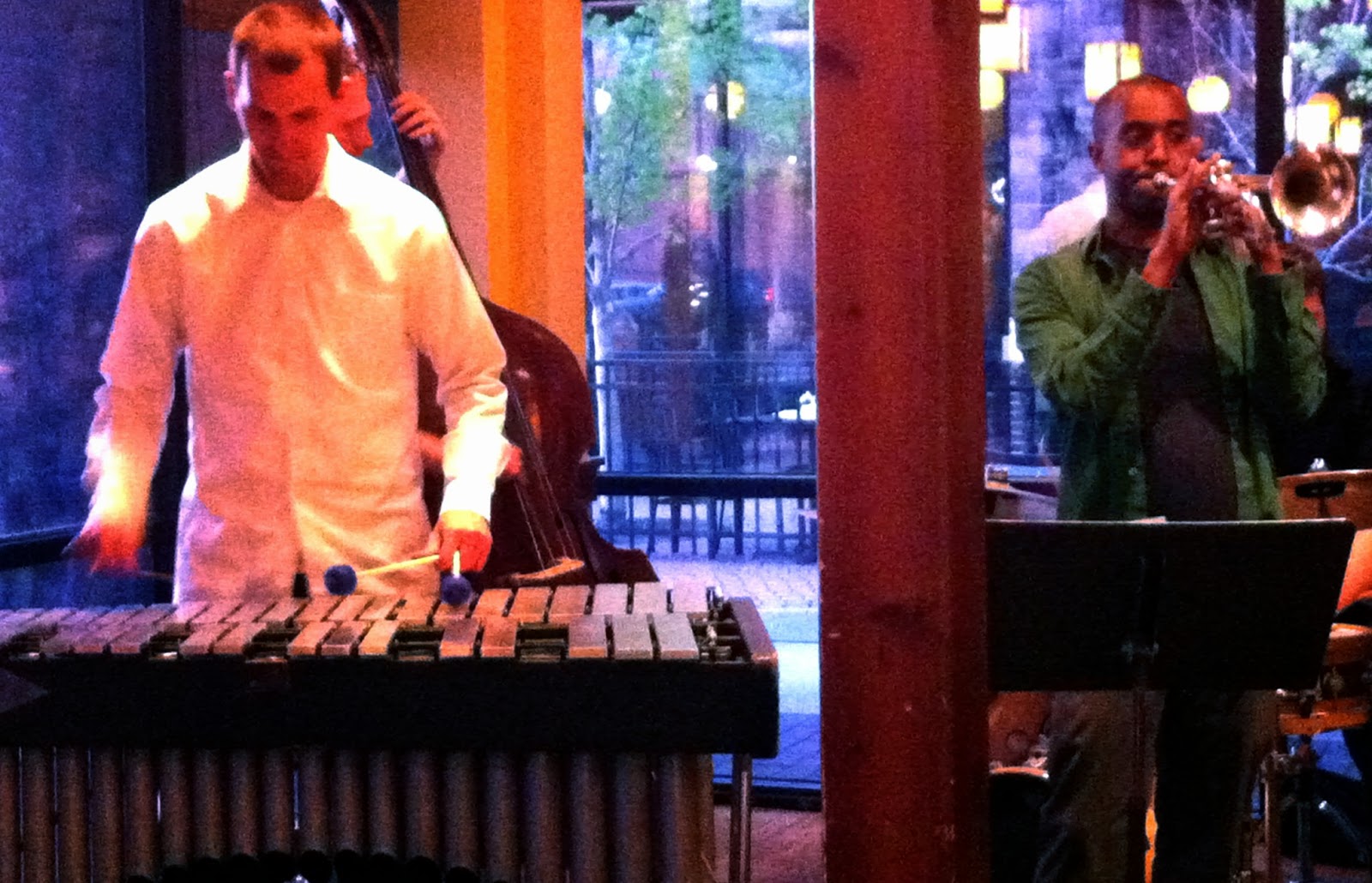 I first heard Peter Schlamb perform during my initial visit to 1911 Restaurant and Lounge in 2011.  The absurdly chaotic atmosphere at the ill-fated venue didn't allow me to focus on the playing of the vibraphonist from St. Louis.  The subsequent Schlamb engagements I've attended also failed to make me understand why his peers in Kansas City held him in such high regard.

That changed Friday at Take Five Coffee + Bar as Schlamb led a quartet on the final date of his band's brief Midwestern tour.  Their first set was dazzling.

Schlamb's vibraphone shimmered with crystalline precision in the acoustically refined room.  His playing brimmed with interesting ideas and melodic surprises.  As one of his bandmates suggested at the break, Schlamb is "an elite musician."  I'm not prepared to suggest that Schlamb is the new Gary Burton or Bobby Hutcherson, but even circumspect admirers of the vibes legends would be impressed by Schlamb's work.

His inventiveness was matched by the correspondingly inspired efforts of trumpeter Hermon Mehari, bassist Karl McComas-Reichl and drummer John Kizilarmut.  Now that I'm finally converted to the righteousness of Schlamb's work, I hope to be present for the quartet's return to Take Five on Friday, May 30.

(Original image by Plastic Sax.)
Posted by Happy In Bag at 4:03 PM