Jazz for a Rainy Afternoon 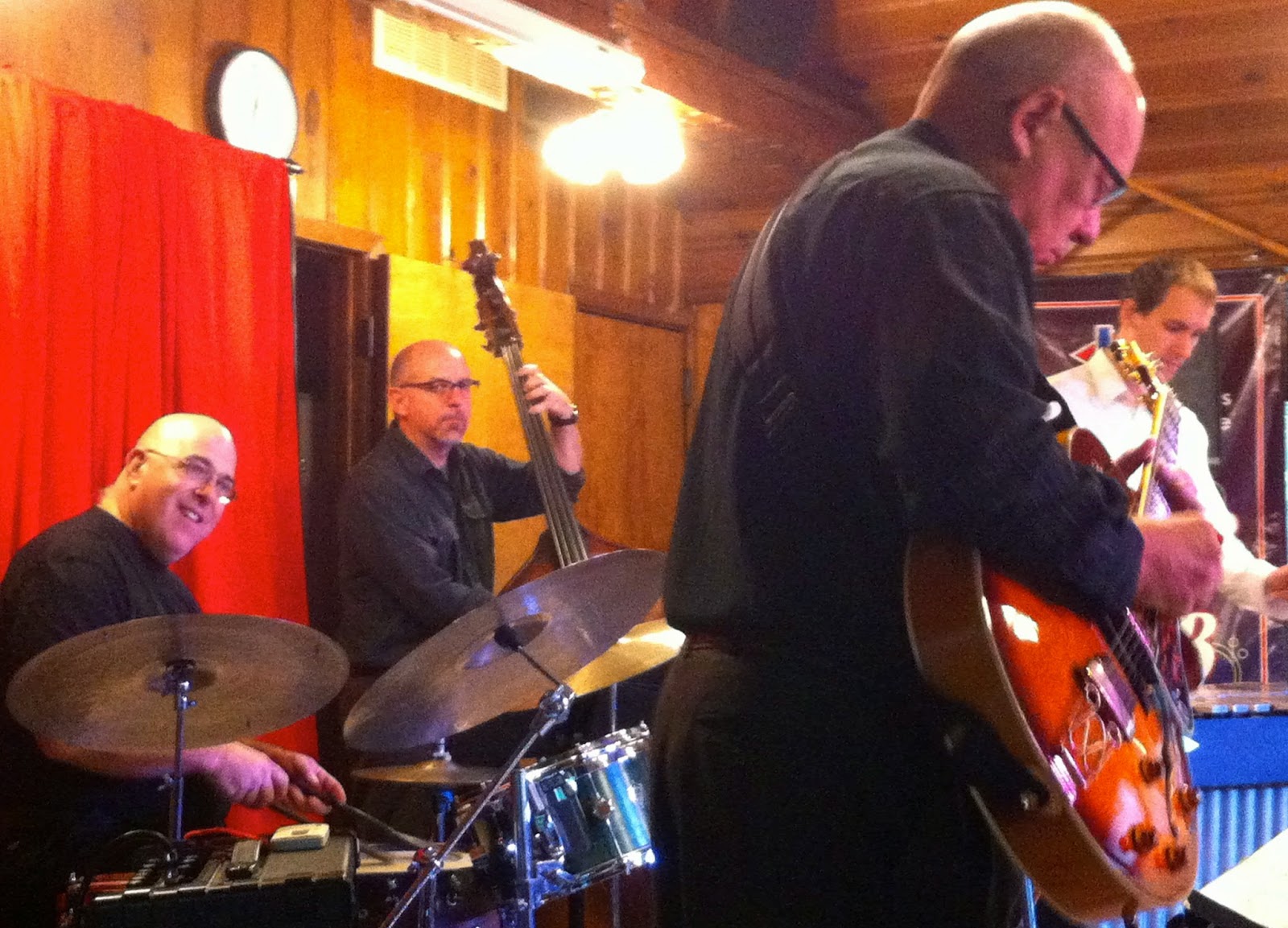 The Jazz for a Rainy Afternoon compilation was one of the bestselling jazz albums of 1998.  I was reminded of the concept's enormous appeal during Kansas City Kansas Community College's Jazz at the Lake series last Thursday.

After surviving a white-knuckled drive through a torrential downpour and locating an alternate way into the campus after finding that high water had closed the primary entrance, I felt as if the college's lodge-like conference center was a jazz Valhalla.

The noontime set by vibraphonist Peter Schlamb, guitarist Ron Carlson, bassist Greg Clinkingbeard and New York-based drummer Grisha Alexiev might have sounded overly polite in a conventional jazz venue, but the homey setting amid an audience of about 40 made the performance seem unusually meaningful.

Carlson referenced the Rolling Stones' "Paint It Black" in his clever introduction to "Autumn Leaves," one of three selections that featured saxophonist Jim Mair.  Schlamb's playing on an interpretation of John Coltrane's "Central Park West" was gorgeous.