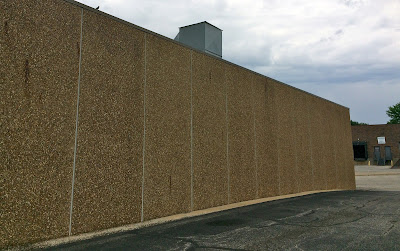 (Original image by Plastic Sax.)
Posted by Happy In Bag at 8:36 AM

Chained Lighting, Black Peter and OJT theme are my favorite tracks on OJT's album. Their next album will be all originals. I hope they put Brian Baggett's original composition Pickles on it. He wrote that for his then ex gf and future wife back when he was in high school. Always enjoy and appreciate your insight Plastic Sax. Thanks for doing it!

I hope your lukewarm review of the OJT CD doesn't discourage people from going to the Green Lady to support this great trio. Their live sets are much more adventurous than the CD. It's always a blast. I liked the line in Roger Atkinson's review of this CD (in a recent JAM magazine) where he mentions that hearing the OJT theme at the GL makes him want to grab another drink and stay for the next set. I can relate to that!