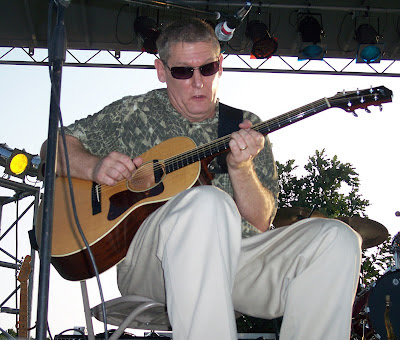 The audience of about 2,000 tranquil suburbanites responded well to Bliss' genial sensibility.

"This next song is about a day in the life of a small-time musician," Bliss confessed while introducing "That's What I'm Here For." His fun interpretation of Lambert, Hendricks & Ross' "Gimme That Wine" also went over well. 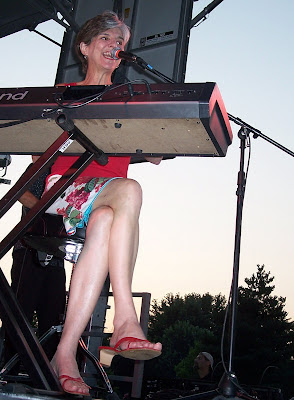 "Long tall Marcia Ball" was her usual fine self as she filtered Fats Domino, Clifton Chenier and Professor Longhair through her unique pop sensibility. Ball and band battled an inadaquate sound system most of the night. Perhaps that was the reason that she and her sharp band never caught fire. The closest they came was an emotional reading of Randy Newman's flood saga, "Louisiana 1927." It was the musical and emotional capstone of her show.