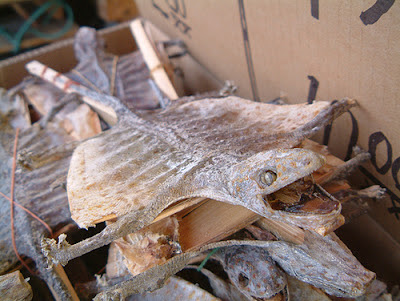 (Image of dessicated reptile from my internet friend Bruce Dene. The ex-Kansas Citian's outstanding Flickr collection is here.)
Posted by Happy In Bag at 11:54 AM

Thanks for the link! Traffic should increase exponentially any day now.

Thanks for the Big B tip, too. Me likey.

Ha ha. And for the rest of you, Bruce is referring to my music blog.