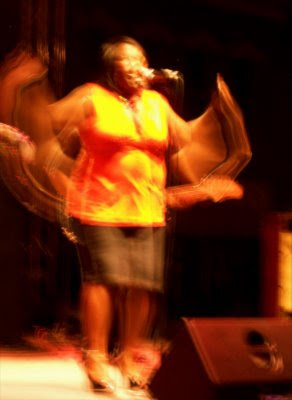 (Original image by Plastic Sax.)
Posted by Happy In Bag at 8:33 AM

Hey Plastic Sax...enjoy reading your grading of the Gem series. I agree on almost every count.

But as the game goes that I always play with myself...the ole'..."what would I schedule, if I were doing it...?"...in other word's what would make my perfect season?

I'd love to hear your opinion on what would be an A rated season all the way across the board.

Look forward to reading your response!

(p.s....I'm always wondering if you can tell how many people read this blog. I love it, and wonder how many other people read it each day. Just curious...)

i like it when folks pose this question. it's interesting to see how people envision a series coming together. as plasticsax pointed out in an earlier post, there's a lot of factors that go into building a series. just consider some of these things:

you have to consider artist fees, your total budget for the series - and how that budget comes together. is it partially funded by operational dollars & grants? you have to consider factors such as artists' fees, transportation, marketing/advertising costs, accommodations for artists, etc.

you have to find out who's touring. whey're they're touring. and when they're touring. are there other venues regionally where you can block-book the artist to help bring them here? are they willing to work with your organization?

what are other venues presenting locally during that time? try not to create too many conflicts with local audiences. work around what other presenters in the same genre are doing. work together. cross-promote. build audiences.

you have to consider how big your venue is. how many tickets at what price to you need to sell to be able to make it accessible, but to also be mindful of your own bottom line?

to make it accessible to the public, you've got to come up with a price scheme that will allow you to come close to breaking even if not turning a small profit, but you also don't want to take people's shirts.

for many, it's about presenting the art, and not necessarily turning a profit, particularly when you're not really in a position to even do so. when you've got a small amount of seats, a modest marketing budget and often times, a small, interested audience to draw from, you can encounter more obstacles. as plastic sax would say, "is kc really a jazz town?"

that's where your sponsors come in. many corporate sponsors & foundations pitch in thousands of dollars annually to help support these types of initiatives.

A lot of funding for these types of events come from grants, foundations and other areas of restricted funding. this offers additional challenges in how you can spend money when booking artists that are available, affordable and have some kind of a draw with local crowds.

so...what's your wish list? who does kansas city want to see?

Thanks, Zender, for reminding me and the Plastic Sax reader(s) of the logistics of booking a series like Jammin' At the Gem.

I haven't looked at my site meter in 2008, Anon. When I last checked back in December, Plastic Sax was only getting between 10 to 25 unique visitors a day.

If I wanted to be popular, I would write about the hijinks of pop stars.

Zender…greatly enjoyed your input…great to fire up some discussion here.

In my experiences in booking jazz, finding out who is touring is never an issue. You’re right, who IS touring? Hardly anyone at all. I rarely see a “non-commercial” jazz artist with any kind of tour lined up at all unless you’re speaking of someone who is very established (ex. Charles Lloyd, Ornette), or very current-moment (ex. Jason Moran, The Bad Plus).

I’ve picked up the phone on several occasions and called a jazz artist to come and play, and they’re there. Pay their airfare, hotel, and a small guarantee, and it’s on. In the jazz world, they’re just grateful to have a paying gig period…no tour schedule to be concerned with.

In the K.C. metropolitan, 4-state area, I can’t imagine ever having to consider what other venues are presenting locally. How can you block-book? Just like “what jazz musician is touring”…what venue is booking? Who is the Blue Room competing against?

(As aside, I’m dumbfounded as to why the Blue Room can’t pull national acts…just like today’s Plastic Sax post links mentions…look at their funding…ear-marks…yes they have salaries and utilities and rent…but $307,000 from the Fed this year alone!?! And who knows if there are more funding sources? But yet, we’re building a new parking lot over there…)

I believe all of your points apply to a mid-level pop act and higher (everything from a Maroon 5 to Metallica), but jazz artists? You’ll rarely sell-out, so venue size isn’t an issue. And a marketing budget is another interesting concept, especially in KC. I sometimes wonder if you advertised a jazz gig on every channel, every newspaper, and every billboard…would people show up?....like you said, ”is Kansas City a jazz town?”…

*anon, good points. i wish i knew who i was talking to. rather than go into another long-winded piece, i'd be happy to chat with you outside of the blog if you're interested in learning more about some of the things you mentioned.

*like you, i'm just glad to see discussion here. someone out there cares...