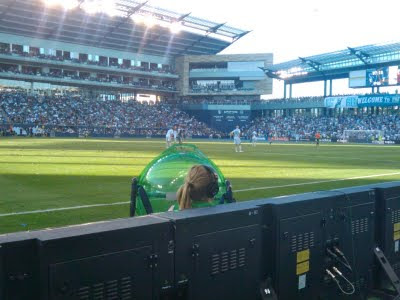 *Festival season is considered by KCJazzLark.

*Chris Burnett touches on a broad array of personal and professional topics in a new blog post.

*"The state of jazz today" is the topic of KCUR's Up To Date this Friday. (Tip via KCJazzLark.)

*A press release characterizes 12th Street Jump as "one of the most listened-to weekly live jazz radio shows in the country."

*Bobby Watson's contribution to the Chicago Jazz Festival is noted by the Chicago Tribune.

*Anima, a new duet album by Matt Otto and Leonard Thompson, is available at CD Baby.

*Geri Allen, who will perform March 24, 2012, at the Gem Theater, will be featured in a live webcast tonight (September 7) at NPR.

*The St. Joseph Jazz Festival in St. Joseph, Missouri, is no more. It's now the Coleman Hawkins Bikes & Blues Festival. Meanwhile, The Phoenix, once a dependable Kansas City jazz venue, is hosting a blues festival on October 1.

*Karrin Allyson and Rod Fleeman perform Charlie Chaplin's "Smile" at a radio station in Seattle. Allyson will return to Jardine's on November 28 and 29.

*From Alaadeen Enterprises: (G)o to this site. Use coupon code CJ39C to get 20% off download of Alaadeen's book of memories: "Dysfunctional / life journeys of a second generation jazz musician". Available in formats for Kindle, Nook, Sony, Palm and more. Promotional price $3.99!

*From JCCC: Trumpeter Ambrose Akinmusire and his band will appear Friday, Sept. 30, at Johnson County Community College in a musical and historical production that recalls the post-World War II jazz of Miles Davis. The Miles Davis Experience: 1949-1959, a collaboration with Blue Note Records, recaptures the sound and history of those years through the lens of the music that Davis created. The show includes live music performed in the manner it was first presented, with photos and film clips brought together by a beat poet-style narrator... Modest, Akinmusire would like you to know his band collectively with saxophonist Walter Smith III, pianist Sam Harris, bassist Harish Raghavan and drummer Justin Brown.

(Original image by Plastic Sax.)
Posted by Happy In Bag at 5:08 PM