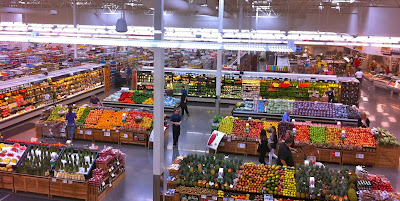 *Frank Wess, a Kansas City native and one of Count Basie's primary collaborators in the "New Testament" band, has died.

*The Pitch reports on the traffic accident that damaged the Green Lady Lounge.

*A 38-word report from KCTV notes that "(a)n armed suspect went into the Blue Room."  (Via Tony's Kansas City.)

*Pat Metheny was voted into the magazine's Hall of Fame and named as the top guitarist in the Downbeat Reader's Poll.  The native of Lee's Summit is on the cover of the December issue.

*Greg Carroll was interviewed by a representative of Time Warner Cable.

*Tweet o' the Week: Pat Metheny- Hey Everyone - Click this link for a downloadable and printable schedule of the upcoming US tour: (link).

*Comment o' the Week: Brian- I play at Free State Brewery in Lawrence every Friday night. It's a great exercise in focus, humility and also a good spot to try out new ideas. Not to mention the steady income.

*Spotted at the site of the Kansas City Public Library: Duke: A Life of Duke Ellington, Wednesday, November 20, 2013, 6:30pm @ Central Library… Biographer Terry Teachout sheds new light on this creative genius in a discussion of his new book about the grandson of a slave who wrote such classics as “Mood Indigo” and “Sophisticated Lady.”  Teachout, a Kansas City resident from 1975 to 1983, is the author of Pops: A Life of Louis Armstrong, The Skeptic: A Life of H.L. Mencken, and the play Satchmo at the Waldorf. For The Wall Street Journal, he is drama critic and the author of “Sightings,” a column about the arts in America. He is the critic-at-large at Commentary, and writes the blog About Last Night.

*From Jim Mair: Don't miss Jazz by the Lake! This Thursday, November 7, 2013, at the Conference Center, Noon to 1:00. Come and enjoy Kansas City Swing with the Tommy Ruskin / Julie Turner Quartet (a Bop in the Dotte Preview).

*From Jim Mair: The Kansas City Kansas Community College Jazz Program will be displaying its jazz talents during an upcoming performance at the Green Lady Lounge. The showcase, which will feature the jazz band, jazz combos, vocal jazz ensembles and student jazz soloists, will be from 7 to 10 p.m. Nov. 11 at the Green Lady Lounge, 1809 Grand Ave. in Kansas City. The concert will be free and open to the public.  “I attend performances at the Green Lady regularly. I simply talked to the owner, John Scott, and asked about our college ensembles performing there,” said John Stafford, director of Choral Music at KCKCC. “He placed us on a Monday night (when they’re usually not open) and is advertising the performance as a recital."

*From the American Jazz Museum: Convergence: Jazz, Films, and the Visual Arts, Grand Opening Reception and Keynote- Friday, November 8, 2013, 6 p.m.  A collaboration between the American Jazz Museum and the David C. Driskell Center at the University of Maryland, Convergence shines a light on more than 60 significant works of African American art that have a strong connection to the jazz aesthetic in combination with rare jazz film footage capturing the art as it evolved in the early part of the 20th century.  At our grand opening reception, you’ll enjoy live music and a keynote by Dr. Robert O’Meally of Columbia University. His talk, “Looking at the Music: Jazz and the Visual Arts,” considers jazz music as a model for the structures, rhythms, and colors of contemporary visual art. What does it mean to visualize jazz?

*From Take Five Coffee + Bar: Thursday, November 7, 7:30pm-9:30pm: UMKC Saxophone Studio- The saxophone studio at the University of Missouri-Kansas City Conservatory of Music and Dance maintains a tradition of excellence established over the past several decades.  Formerly under the direction of Tim Timmons, the studio is in its first year under Zach Shemon of the world famous PRISM Quartet…  Friday, November 8, 8pm-10pm:  Philip Wakefield Trio- Drummer Philip Wakefield proves his versatility every month when he hosts Take Five's Open Mic, but with the room to himself, he'll swing you into a different orbit. In the company of guitarist Brian Ruskin and bassist Blake Hughes… $5 cover.  Saturday, November 9, 8:30pm-10:30pm:  The KC Sound- Steve Lambert on saxes and flute, Hermon Mehari on trumpet, Dominique Sanders on bass, Andrew Ouellette on piano and Brad Williams on drums… $5 cover. Monday, November 11, 7pm-9pm:  Interstring- Drummer Todd Strait will be back in town, and has reunited the legendary Interstring Quartet for this special Monday night performance. In addition to Todd, Interstring is Rod Fleeman and Danny Embrey on guitars and Bob Bowman on bass… $5 cover.

(Original image by Plastic Sax.)
Posted by Happy In Bag at 9:43 AM