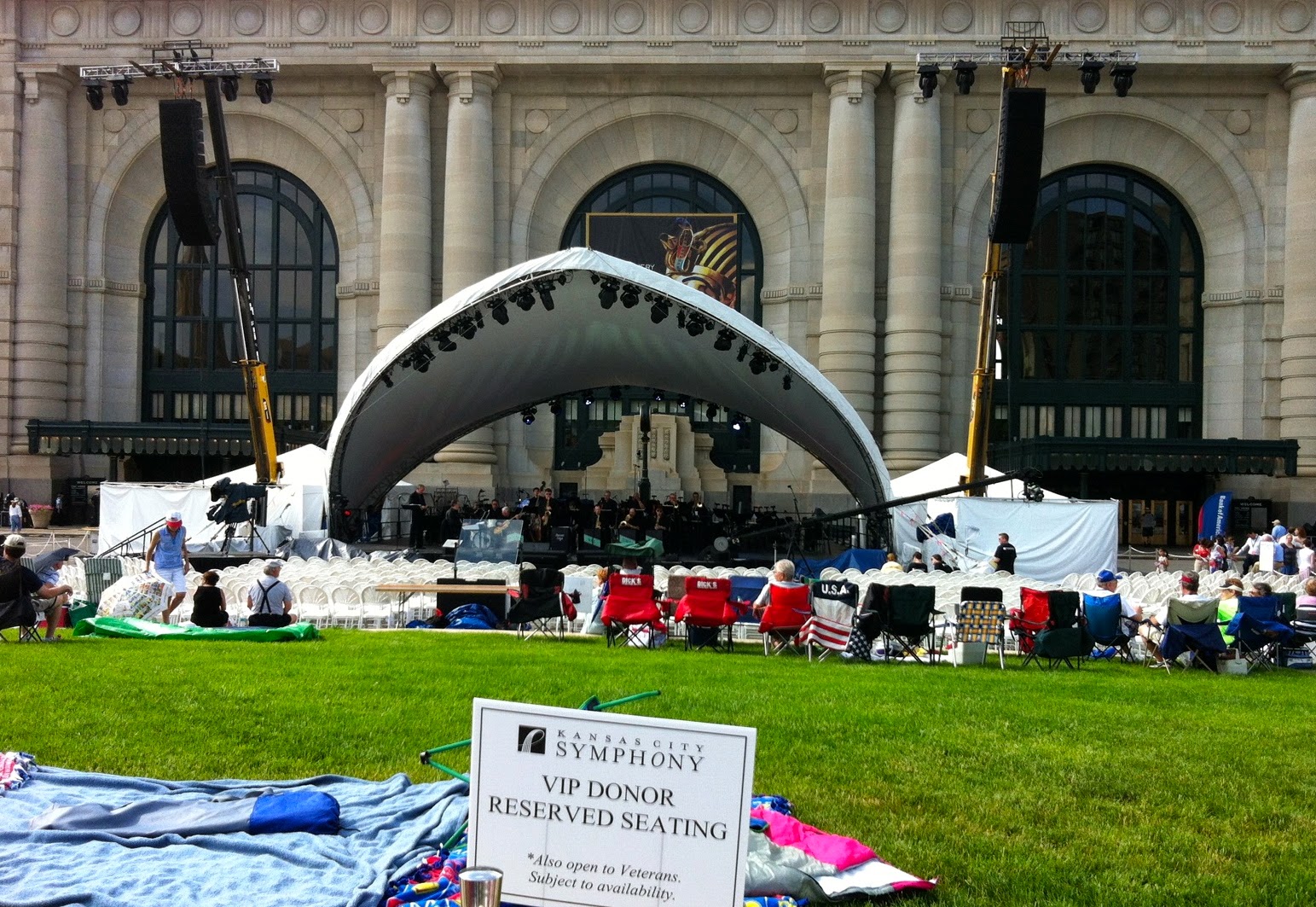 Several thousand early birds at Sunday's Celebration at the Station heard vintage Kansas City jazz performed in a setting that would have been familiar to a young Charlie Parker.

As saxophonist Brett Jackson soloed on Count Basie's "Blue and Sentimental," a seemingly unstable vagrant seated next to me shouted "this is the sound!"  I shared his phantasmal enthusiasm for the band's stated mission of "celebrating the legacy of Kansas City jazz in the 30's and 40's."

Vine Street Rumble's 45-minute excursion seemed far too short.  Organizers would be foolhardy not to make the ensemble a permanent attraction at the large-scale annual event.

Thanks for the catch.