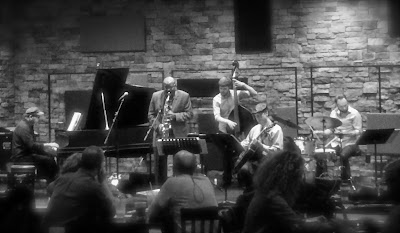 Thanks for the review and thanks for coming to the performance. Dino really enjoyed Kansas City, even during his short stay (Wednesday - Sunday).

We had a very nice turnout of listeners at both, Take Five (Matt Leifer on drums) and the Blue Room (Michael Warren on drums). The bar manager, Andre Tyler, told me that we had 102 paid admissions to the Blue Room. Wow!

The "Jazz Beat" preview was great too!