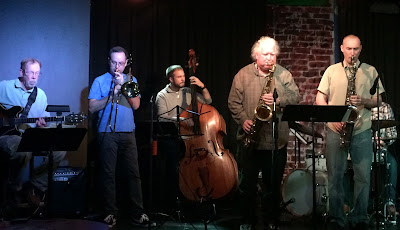 (Original image by Plastic Sax.)
Posted by Happy In Bag at 10:03 PM

Maybe more people would come to these gigs if even the least little attempt was made to promote the show. Your review was the first I'd heard of it.