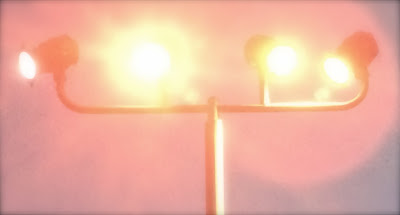 *The Kansas City Star reports that the $27 million funding initiative for the Jazz District has stalled.

*The 2016 edition of the Parkville River Jam, an annual festival that has traditionally featured jazz and blues artists, has been cancelled.   The Parkville Rock & Roll festival has sprung up in its place.

*A critic for The Kansas City Star reviewed last night’s concert by Béla Fleck & the Flecktones at Muriel Kauffman Theatre.

*Tweet o’ the Week: Jay Farrar- Spending the weekend in the old Jazz District of KC and the hospitality of the locals is the antithesis of staying for Grand Prix in MTL.

*Comment o’ the Week: BGO- I hope you're right about Cheptoo. I met her in the summer of 1996 when I got my first part-time job at KCPL.

*From a press release: I am pleased to announce the forthcoming new CD by multi-talented contemporary jazz vocalist/pianist/composer/producer Carol Duboc, Open the Curtains, with an all star girl power cast of musicians celebrating the enduring power of women, scheduled for release August 19th, 2016.  Duboc, who has been first call for such heavyweights Maurice White, Teddy Riley and George Duke, has assembled a star-studded line-up of musicians, who not only happen to be women but who are also some of the baddest musicians to grace this planet --  including percussionist Sheila E., pianist/ vocalist Patrice Rushen, saxophonist Mindi Abair, guitarists Bibi McGill and Jennifer Batten, drummer Queen Cora Coleman, bassist Rhonda Smith and trombonist and singer Aubrey Logan.

*From the site of the Mutual Musicians Foundation: The Mutual Musicians Foundation International is excited to present the Legacy 627 Music Awards. This project is supported in part by an award from the National Endowment of the Arts, ART WORKS. Enjoy the night as we we gather together surviving musicians who once belonged to segregated musicians unions in America. As we honor  their presence, remember their journeys and their contributions to art and culture globally; we enshrine them in this ceremony to remember Local 627, now known as  the Mutual Musicians Foundation, 1823 Highland Avenue, Kansas City, Missouri, a National Historic Landmark.  Our night begins with heavy hors d'oeuvres and drinks from 6PM - 7PM; with the awards ceremony immediately following from  7PM - 9PM.  Friday, June 17, 2016. $30.

(Original image by Plastic Sax.)
Posted by Happy In Bag at 11:48 AM

Thanks for posting a link to DinoMassaKC.com, HIB!

We hope that other artists and some of our students can use what we are doing and posting for this release business plan as a template for their own recording project activities.

There are lots of moving parts to releasing a recording, even in the digital age we live in today.

I am also willing to send all of the budgeting spreadsheet financials to anyone who asks - toward consideration of the inherent recoupment process of the project on the front end of a project.

In this way, such planning helps artists know specifically how many CDs they have to sell to break even, and other useful cost considerations.