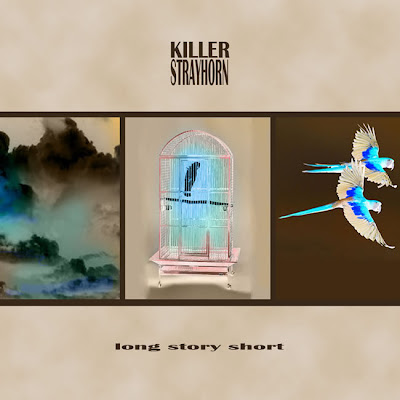 If the staff of Plastic Sax didn't know better, we'd assume that the unusual moniker and almost complete lack of web presence were clues that Killer Strayhorn was actually the pseudonymous product of a mysterious jazz supergroup.

Although the performance captured on Long Story Short is on par with jazz's elite, the reality isn't quite so exciting. Killer Strayhorn is a new group consisting of Kansas City jazz journeymen.

"Black Narcissus" and "Stolen Moments," the disc's first two songs, demonstrate that Killer Strayhorn is remarkably adept at interpreting jazz standards. The tone and execution are similar to the classic Blue Note sound. Even if Long Story Short fails to make anyone forget about Speak No Evil and Maiden Voyage, its evocation of a lesser Art Blakey and the Jazz Messengers album sill represents a notable accomplishment.

(Note to musicians, labels and publicists: Plastic Sax reviews all Kansas City-related jazz discs it receives.)
Posted by Happy In Bag at 11:56 AM

Thought I might check this group out. Gotta love the band's name. I'm a sucker for anything Strayhorn.

I recommend it, UL.

Yep. They were great.

i was there, too. a relative of my boyfriend.
they were really good.

They haven't changed the menu in 20 years. Plus they charge dearly for the 'good' beer.

While UL is too polite to mention it, he covers the show at his site:

And seriously, can someone create a site or at least a MySpace for the band?

There is a link for Killer Strayhorn on www.citylightentertainment.com. Mostly just a press release but does indicate an upcoming performance for the Holy-Field Winery Summertime Music Series in Basehor, KS, Friday, June 6th, 6:30-9:30pm.

Thanks for the plug. I'm working on material from Thursday's performance of the Doug Talley Quartet w/ Joe Parisi.

hi what r u leraning about?