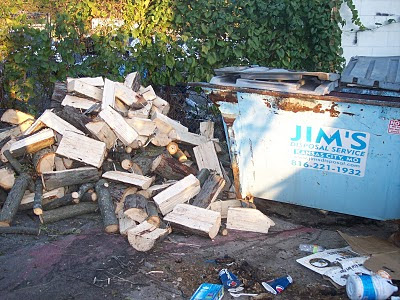 *Dan Thomas' travel blog documenting the trip to Japan taken by Bobby Watson and his UMKC jazz students is magnificent.

*Sam Mellinger's column about the Negro Leagues Baseball Museum's woes is terribly depressing. Mellinger suggests that the museum will likely end up moving to either Cooperstown or Kauffman Stadium. Jazz fans are forced to wonder how the adjacent American Jazz Museum would be affected.

*The Branford Marsalis Quartet's concert at the Gem Theater was reviewed by the Star.

*KCJazzLark posts a great entry about the Reno Club.

*Joe Lovano's new album is a tribute to Charlie Parker. The saxophonist will perform at the Folly on April 2.

*The Leavenworth Times provides details about the November 13 concert at the Hollywood Theater featuring Sons of Brasil and the Roger Wilder Quartet.

*From Jim Mair: Dear KCJO musicians, I wanted to let you know that after the Christmas concerts in December, Mary and I will be resigning from The Kansas City Jazz Orchestra. It has been 8 years since we set out to make this project a reality and we feel like the organization needs some fresh ideas and new energy. I'm excited to announce that Kerry Strayer has been asked to serve as the new Artistic Director and Conductor... The Board of Directors is currently interviewing candidates for Executive Director... Although the economy has made obtaining funding over the past two years more difficult, the organization has remained financially sound with over $160,000 currently in the bank... It has been an honor for us to have worked with you, and for me especially to front an ensemble of your caliber and talent. Giving that up is tough, however we feel it is best for our family and best for the organization.

(Original image by Plastic Sax.)
Posted by Happy In Bag at 11:30 AM

Is the image above a comment on the Jim Mair situation? Is there something you're not telling us?

I hope you're right, KCJazzLark.

No, Anon. I like and respect Mair. I'm merely paying tribute to the backside of one of KC's best barbecue joints.