Crossing Over on a Rising Tide 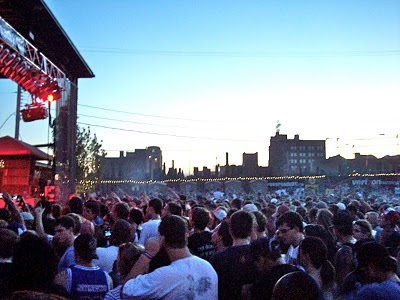 A prominent Kansas City jazz musician once told me that every ambitious blues and rock musician secretly aspires to play jazz. Only their current lack of skill, he suggested, prevents them from performing the music. I doubt the accuracy of his conceit, but what if he's right?

Weinberg, of course, is hardly the first rock-oriented musician to cross over to the jazz world, but it's possible that a tidal wave of similar stylistic shifts is on the horizon. Current members of arty indie rock acts like Arcade Fire and Radiohead, improvisation-happy jam bands like String Cheese Incident and Widespread Panic, and roots-oriented hip hop acts like Mos Def and the Roots may very well wind up playing jazz-based music a decade or two from now. Here in Kansas City, it's entirely conceivable that local luminaries including members of the Roman Numerals and Tech N9ne could shift to jazz as they age.

Would this trend be a rising tide that lifts all boats? Or would dedicated jazz musicians who have spent years battling for gigs at the limited number of jazz-friendly venues be squeezed out of work? For the sake of my musician friend, I certainly hope it's not the latter.

(Original image by Plastic Sax.)
Posted by Happy In Bag at 1:04 PM

I think your timeline and logic are rather incomplete. Max Weinberg and many other musicians(certainly the Roots included) learn to play and develop a passion for jazz when they're younger but become successful in other genres. Once they've made enough money playing other music they can indulge their passion for jazz. Max Weinberg is one of the few musicians who can afford to take a big band out on tour. Touring big bands are like operas, nobody makes a profit putting them on. If you're paying for a touring big band and playing venues like Jardines, you're losing money.

It's not like early music performers now need to worry about pop musicians taking their gigs just because Sting put out an album of lute music.

Your premise suggests Mos Def's current work is not jazz. This notion will trouble purists, but I believe jazz is at the heart of his ouvre.