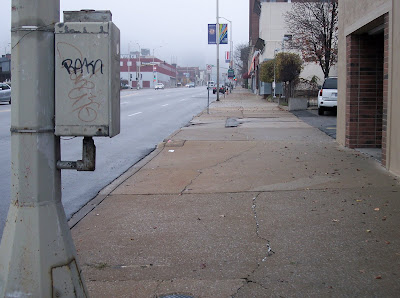 *Mike Corrigan of B.A.C. Horn Doctors is opening a new jazz performance space in Olathe. Stan Kessler christens The Clinic with a performance on the afternoon of December 1.

*A fresh round of interesting words and music are posted at the the Black House Improvisors Collective site.

*Steve Penn catches up with Will Matthews.

*The current status of one of Charlie Parker's homes is detailed by the New York Times.

*From Michael Pagan: Millie Edwards & Mike Pagán, who have been appearing all over town, will perform at Jardine’s on Thursday, December 9th 5:30 PM – 7:30 PM. The last time they were there they recorded it, and they’ll be at it again; this will be Part 2 of their “Live at Jardine’s” CD project. $4.

(Original image by Plastic Sax.)
Posted by Happy In Bag at 1:31 PM