Review: The Dan Gailey Jazz Orchestra- What Did You Dream? 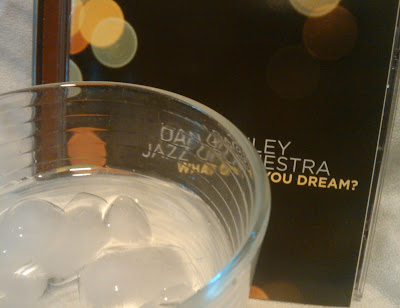 As a teenager in the process of discovering jazz, I bought Miles Davis' Sketches of Spain without having heard a note. How I hated it! I felt lost amid Gil Evans' unfamiliar landscapes. The album's graceful nuances were way beyond my comprehension. While my appreciation of the big band sound has expanded well beyond my early infatuation with Basie's swing and the freakouts of Sun Ra's Arkestra, I'll probably spend the remainder of my life blissfully studying Sketches of Spain.

Ambitious projects like What Did You Dream?, a 2010 album by Dan Gailey, serve as invaluable reminders of the endless possibilities inherent in the big band format. While the album occasionally seems relatively conventional, many moments reveal brand new vistas. Gailey's decision to post enthusiastic testimonials about the quality of What Did You Dream? by Gary Foster and Maria Schneider at his site reflect his sensibilities.

It would be a mistake to assume that because Gailey is Director of Jazz Studies and Professor of Music at The University of Kansas that his music is overly formal. What Did You Dream? is meticulous rather than fussy. Each adventurous note is reproduced in an amazingly deep sound field. I've become so accustomed to sonically inferior jazz albums- the otherwise excellent new release by the Captain Black Big Band is typical- that the clarity of Gailey's project is akin to moving from black-and-white to color. (I intend to use What Did You Dream? as a demonstration disc the next time I select a sound system.)

Fifty-one years after Davis and Evans created Sketches of Spain, the societal impact of most new jazz albums is virtually nonexistent. Its invisibility amid today's popular culture, however, is not a reflection of the occasional brilliance captured on Gailey's What Did You Dream?

(Original image by Plastic Sax.)
Posted by Happy In Bag at 5:10 PM

"What Did You Dream" is indeed a fine body of Dan's artistry. We will be featuring both Dan's music and his tenor saxophone playing with 9plus1(+7) at the next installment of Tim Doherty's Live Jazz Mondays @ Intentions, 7316 W 80th Street, OP, KS 66204. We will perform several tunes from "What Did You Dream" and some other Gailey classic arrangements. Hope to see you there!

Hey, Tim, what time does that start? I live in the neighborhood and would like to check it out.

I've been digging this CD too - nice writting and playing.

hap... glad to see this post. i heard "point no point" on kkfi what seems like last year and was totally engrossed. missed who the artist was, but remembered the name. a 'must buy' for me. mike t.