Put It Where You Want It 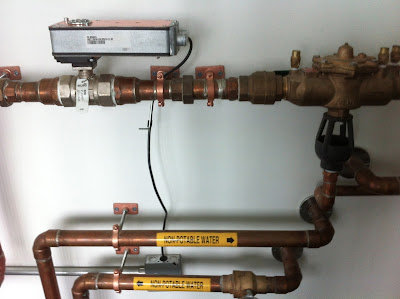 I felt an incongruous sensation as I left White Recital Hall on Tuesday.  It's a feeling I associate with abbreviated sets at rock festivals, canned hip-hop performances and uninspired outings by country stars.  I'd been had.

I paid $16.50 at the door with the expectation that I'd experience a proper performance by Joe Sample.  I was wrong.  The influential musician was participating in a taping of 12th Street Jump. The previous 12th Street Jump events I'd attended were free.  I interpreted the $16.50 charge for Tuesday's program as an indication that Sample would give an additional performance apart from his role in the radio show.  Nope.

The five selections that featured Sample- "Put It Where You Want It," "Nica's Dream," "It Happens Every Day," "Street Life" and a blues vamp- lasted no more than 25 minutes.  Although the support provided by the house band of Joe Cartwright, Tyrone Clark and Mike Warren was solid and Sample's playing was engaging, I was counting on a separate set.  Besides, 12th Street Jump's comedic segments were something I had to endure rather than enjoy.  Comparable variety shows like NPR's A Prairie Home Companion, Whad'ya Know? and television's The Colbert Report don't appeal to me either.

The rare sour experience served to remind me that the quality-to-cost ratio on tap on Kansas City's jazz scene is exceptional.  First-rate free events- Jazz Winterlude, the Prairie Village Jazz Festival and twice-weekly gigs at the Blue Room among them- abound.  Cover charges for performances by the region's elite musicians rarely exceed ten dollars.  Even the most expensive tickets- $50 for the American Jazz Museum's Jammin' at the Gem series and $40/$50 for the Kansas City Jazz Orchestra- give patrons a tremendous bang for their bucks.

Even though I won't get my $16.50 back, the imprudent investment I made in 12th Street Jump has provided me with a new appreciation of the ongoing bargains enjoyed by Kansas City's jazz fans.

(Original image by Plastic Sax.)
Posted by Happy In Bag at 11:13 AM

I sure am glad I missed this.

Jazz by the Lake at KCKCC on the first Thursday of the month is not only free to the public but you get a really nice lunch too.