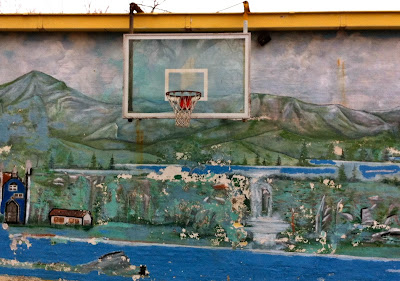 *The Kansas City Star published a review of the "The Nutcracker" by the Owen/Cox Dance Company and the People's Liberation Big Band.

*Here's the latest episode of "Blues In the News" from 12th Street Jump.

*From Take Five Coffee: Friday, December 27, 8 pm:  Kevin Cerovich and the Ben Leifer Quartet- Kansas City native Kevin Cerovich is an award-winning trombonist and one of those players whose return gets the other musicians in town excited. We're thrilled to have him rock the house in the excellent company of Ben Leifer (bass), John Kizilarmut (drums) and Mike Herrera (sax). $5 cover.  Saturday, December 28, 8 pm:  Drew Williams Quintet- This is becoming an annual event - welcome Drew Williams back to Take Five to share his latest whimsical compositions.  Drew (sax) is the leader of the famed Drew Williams Nonet in NYC, and he has blown our minds every time he comes to play. This time he's accompanied by Bill McKemy (bass), Tim Aubuchon (tenor), Brendan Culp (drums) and Scott Bein (guitar).  Sunday, December 29, 7 pm:  Matt Chalk Trio- Our first try at this was cancelled due to the ice, so here's another chance to get close to the fire and hear one of the most intriguing young saxophonists to come out of KC in a long time. A hearty welcome home for the holidays to Matt Chalk, who is presently killing it in New York City. Tonight he's bringing Ben Leifer (bass) and Ryan Lee (drums) to round out an intimate trio with tremendous power. $5 cover.

(Original image by Plastic Sax.)
Posted by Happy In Bag at 8:52 AM