The Top Jazz-Related Stories and Trends of 2013 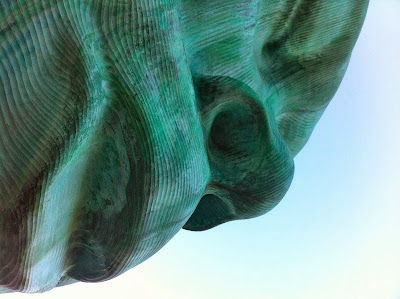 2.
On Broadway.
The recent opening of Broadway Jazz Club- a venue dedicated to mainstream Kansas City jazz- is enormously encouraging.

3,
Clubbed.
The maturation of the Green Lady Lounge into a popular establishment for jazz fans and upscale drinkers alike has been very satisfying.  And Take Five Coffee + Bar is now firmly established as one of the area's elite listening rooms.  The Kill Devil Club, however, shifted away from a jazz format.  Jazz has become a niche offering at the Phoenix.  The West Chase Grille closed this year while JJ's literally blew up.

6.
Art jazz.
Commercially problematic but artistically fruitful aspects of jazz were explored at this year's Black Lab: A New Music Festival and monthly at the RecordBar and Grunauer.

7.
Struggling.
Atypical flareups of violence and a challenging business environment bedeviled the Jazz District in 2013.

8.
Series sustenance.
Every time I go to a poorly attended concert by a renowned artist in the Jammin' at the Gem and the Folly Jazz series, I consider it a small miracle that the programs continue in spite of the lack of support.  I'm very grateful for the organizers' perseverance.

9.
Kids.
When Aryana Nemati served as a last-minute sub in Harry Connick's band at a concert at the Midland theater, she floored the star with a sterling solo.  Anyone familiar with the high quality of the artists who've honed their skills at the UMKC Conservatory in recent years wasn't surprised.  Nemati is just one of dozens of remarkable young players in Kansas City.

10.
Secret Story.
It seems silly to suggest that a man who won his twentieth Grammy Award this year is under-appreciated, but Pat Metheny still doesn't receive the respect he deserves from "serious" jazz listeners.  His 2013 releases Tap: The Book of Angels, Vol. 20 and The Orchestrion Project are extraordinary.

In reference to Pat Metheny you are referring to the jazz press? I wouldn't consider him underrated but then you know they scene way more than I.