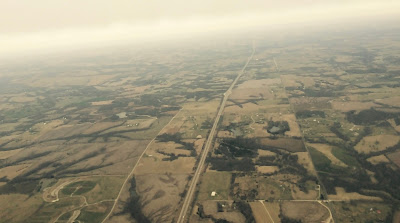 Charles Williams once provided a sophisticated soundtrack for diners at a revolving restaurant atop Kansas City’s skyline.  While the ritzy establishment Skies was shuttered in 2011, the pianist’s new album Flavors of Jazz verifies that his elegant sound is flourishing.

Williams is now best known as the pianist of the Kansas City Jazz Orchestra and for playing jazz-tinged R&B in a band that features vocalist Ron Gutierrez.  The instrumental Flavors of Jazz explores the fertile terrain between mainstream swing and soulful party music.  Bassist DeAndre Manning and drummer Mike Warren join Williams on the set of catchy original compositions and familiar melodies.

The band dresses the Lennon and McCartney composition “Yesterday” in church clothes and captures the ethereal beauty of Benard Ighner’s “Everything Must Change.”  A reading of “Miss Celie's Blues,” a song composed by Quincy Jones and Rod Temperton for “The Color Purple,” is even more engaging than a bluesy interpretation of the Michael Jackson smash “Billie Jean.”  Only the inclusion of the overexposed “Wonderful World” seems unnecessary.

Skies may be a distant memory but Flavors of Jazz is capable of transporting imaginative listeners to a formal but funky cocktail party.  The Blue Room will host the official album release show for Flavors of Jazz on April 14.

(Original image by Plastic Sax.)
Posted by Happy In Bag at 12:41 PM