Concert Review: The SFJazz Collective at the Folly Theater 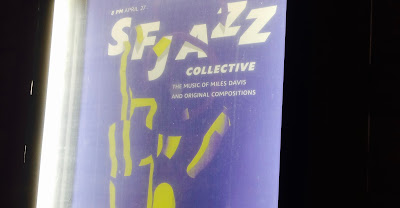 The SFJazz Collective’s concert at the Folly Theater on Friday was the musical equivalent of Major League Baseball’s annual All-Star Game.  While it was thrilling to see so much talent in one place, there wasn’t much at stake for the eight celebrated musicians or for the audience of more than 500.

As in a nine-inning contest, waiting for a favorite player’s turn in the spotlight on Friday was occasionally taxing.  Miguel Zenón, a saxophonist who is among the most important jazz artists under the age of 50, was alotted only two solos during the two-hour performance.  Watching him relegated to the on-deck circle as his (worthy) bandmates soloed was immensely frustrating.