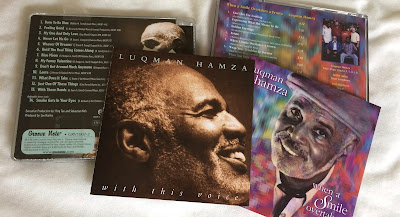 *Laura Spencer reports on the latest developments regarding the uncertain future of the American Jazz Museum for KCUR.  The editorial board of The Kansas City Star asserts that “yanking all support for the jazz museum immediately would be counterproductive.”

*Tweet o’ the Week: Bill McKemy- One of KC’s master musicians has left us. Thanks for the music Luqman Hamza (link)

*From a press release: On May 11, 2010, The People’s Liberation Big Band of Greater Kansas City will perform the ensemble's original score to Sergei Eisenstein’s classic 1925 silent film “The Battleship Potemkin.”  Along with a complete screening of "Battleship Potemkin," the People's Liberation Big Band will also accompany two short films as a prelude to the performance... The People’s Liberation Big Band’s score contains a combination of  newly composed material, free improvisation, and arrangements of Shostakovich melodies and traditional Russian songs… The performance will take place at the Musical Theater Heritage at Crown Center (2450 Grand Blvd, Suite 301, Kansas City, MO 64108) at 8:00 p.m.  Ticket price is $20.

(Original image by Plastic Sax.)
Posted by Happy In Bag at 7:08 AM

Sure is great news to see Logan on the fabulous Tiny Desk Series.