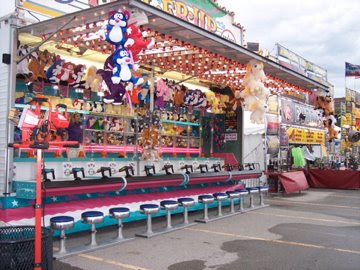 *Steve Paul offers his take on the year in Kansas City jazz.

*Did you know that Kansas State University offers a course in Kansas City jazz? An excitable and sadly misinformed blogger writes about his eagerness to attend the class. Alas, he believes that Jay McShann is still alive. If only it was so...

*In a potentially troubling development for jazz purists, Jardine's booked blues artist Millage Gilbert for a late show on January 3. Here's an excerpt of the club's press release: "Many, familiar with this town's worldwide reputation for Jazz, are less aware of our (even larger) Blues community. In truth, most of Kansas City's historic jazz figures, Basie, Turner, Parker and the rest, were as much stars of Blues as well as they were of Jazz. " It's a topic frequently pondered by Plastic Sax.

*Steve Penn provides an update on the Coda Jazz Fund.

(Original image by Plastic Sax.)
Posted by Happy In Bag at 10:43 AM