The Ten Most Important Jazz-Related Events and Stories of 2008 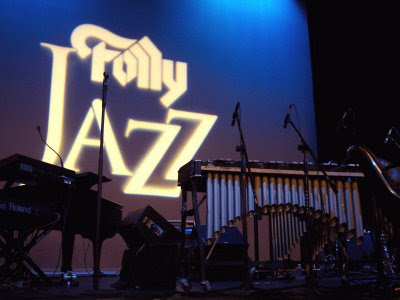 One step forward and two steps back. The aphorism aptly summarizes the year in Kansas City's jazz scene. Most but not all of the news was bad. There were just enough positive events and encouraging developments to allow a glimmer of hope. Perhaps the music's slide into commercial and popular irrelevancy isn't irreversible.

1. Ed Fenner. It speaks to the increasingly fragile condition of Kansas City's jazz scene that the death of a fan is the year's biggest story. But Fenner, who died May 18 at 71, was no ordinary fan. Plastic Sax heard many well-intentioned promises at Fenner's memorial service. Alas, few of those pledges have been realized.

Other losses on our scene were the deaths of jazz promoter and sponsor Butch Berman, retailer and musician James DeRigne, blues man King Alex Littlejohn, Scamps member Earl Robinson and Lee Young, brother of Lester. As the country song goes, "who's gonna fill their shoes?"

2. The Phoenix Rises. The downtown club reopened in November. It's too soon to judge its vitality, but it sure is nice having it back.

3. Ups and Downs at 18th and Vine. The jazz district lost the popular Peachtree Restaurant in 2007. This year, however, Harper's established itself as the district's new fixture and the Kansas City Blues & Jazz Juke House opened. A new parking lot was built in proximity of the Charlie Parker sculpture. The Rhythm & Ribs festival transpired even without Patti Austin. And in a biter disappointment to Plastic Sax, the Mutual Musicians Foundation's Friday evening Rush Hour jam session was discontinued.

4. Love You Live. Win some and lose some. The Plaza III discontinued its live jazz format. Bar Natasha, a jazz-friendly cabaret, shuttered. The Mango Room, a downtown restaurant that regularly featured live jazz, also closed. The Midland Theater reopened. It's beautiful, but Norman Brown has been the sole jazz act to perform on the refurbished stage. The excellent jazz series at the Folly and the Gem, thankfully, both continue. The Blue Room maintains an exceptionally vital schedule. And the Record Bar is transformed into a jazz club two nights a month.

5. The Role of Jardine's. Jardine's becomes increasingly important as other clubs close. The decision to invest in a new piano is a very encouraging signal. It's true that an increasingly large number of the bookings can't be characterized as jazz acts, but the Jardine's calendar continues to show a savvy balance of art and commerce.

6. Jazz In the Woods? The annual Johnson County event continues to morph into a blues/oldies/country festival. Only one local jazz artist- Megan Birdsall- appeared this year. The headliners at the three-day event were '70s funksters The Average White Band, blues act The Fabulous Thunderbirds and country band Lonestar.

7. The Methenys Step Up. The Metheny Music Foundation established itself as an important contributor in the community with a benefit concert starring Pat. Funds have already been awarded to area students.

9. Little Jazz Bird. Why has so much attention been accorded to Megan Birdsall's medical problems? Her struggle represents more than just a compelling story about a rising star. Should Birdsall break out, the accompanying rising tide might lift the entire scene.

10. Plastic Sax. The future of Plastic Sax is in jeopardy if the economy doesn't improve. Just kidding. I don't accept advertising or underwriting. It costs just ten dollars a year to keep Plastic Sax afloat. I'll soldier on in spite of the complete indifference of most musicians and the open disdain of many members of Kansas City's jazz establishment. Plastic Sax has offered 135 unique posts about Kansas City's jazz scene in 2008. That's a lot of jazz.

(Original image by Plastic Sax.)
Posted by Happy In Bag at 8:19 AM

I have no relevant comment, just wanted to let you know I read your blog with interest, even though I am not a fan of jazz. Some day when you are desperate for a company, I may be interested in going to a concert. It's like going to Chinese restaurant with a real Chinese person.

["I'll soldier on in spite of the complete indifference of most musicians and the open disdain of many members of Kansas City's jazz establishment."]

Please do. That's too damn bad they feel that way. That's such a big part of the reason jazz limps on...indifference, poor attitudes, failure to adapt to modern day communication/technology, being stuck in the old-school jazz cult purist mentality. Good luck with all of that.

Keep it up plastic sax.

Like Meesha, I'm not a big jazz fan, but I read your blog because of the historical importance that jazz played in this city. I actually intended to go to the r&r festival this year, I believe Robert Cray was featured, but I couldn't make it. Anyway, just wanted to say I think you do a good service for the city and it's past. Keep it up.