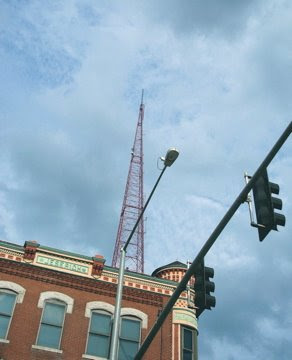 (Original image by Plastic Sax.)
Posted by Happy In Bag at 9:54 AM

Did you go to the Next Generation Jazz Summit at all? I meant to go yesterday but ended up working until 7, by which time it was over.

I'm not really a clinic kind-of-guy, Harper. I did not attend.

The Blue Room was packed to capacity, both Monday and Tuesday evening.

The clinics were earlier in the day for the kids - but the shows at night were for the public too. All of the groups were phenomenal, particularly the Monterey Next Generation Jazz Orchestra.

Had one closed their eyes while listening to the session at the Blue Room, you wouldn't have known the difference between the 15-year olds and the 55-year old players.

The Tuesday shows didn't even start until 7:00PM. You could have made it.