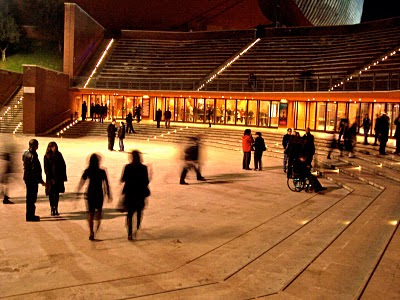 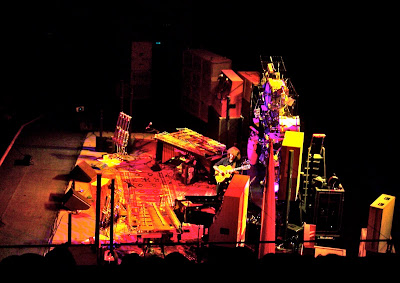 (Original images by Plastic Sax.)
Posted by Happy In Bag at 2:40 PM

An interesting read, though I'm not necessarily pleased that your review seems to confirm my own misgivings about the Orchestrion project.

I've always liked Metheny, but this seems like an odd use of his time and resources. Still, I'm going to try to see him when he's in St. Louis, just to satisfy my curiosity. Thanks for letting me know what I'm in for...

And part of being a genius- not that I'd know anything about the matter- is a willingness to pursue outlandish projects.

If Orchestrion is a failure- and I'm not convinced that it doesn't succeed- it's a noble failure.

I don't regret the experience at all. And as I indicate, I intend to do it again.

I agree that Pat Metheny is one of the genius musicians of our times. It seems that fact sometimes gets lost in the fact of his enduring commercial success. I also think that most any idea he has is going to be cool for what it is. I listened to some of the videos, and it still sounds like his music. However, I still am amazed at how many people or things it takes to replace Lyle Mays... ;)

Just saw the show twice, in Poughkeepsie and Philly.
Different than anything you have seen before, a novelty for sure, but beyond that a musical/mechanical experience that you won't soon forget. I have never seen anything quite like it
Go to the show, you will be amazed.
T