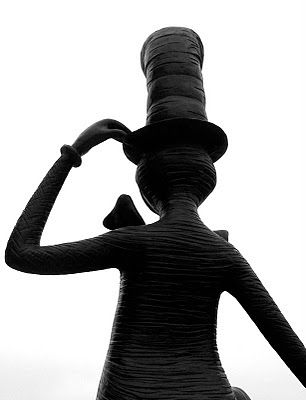 Word that Folly Theater executive director Doug Tatum was stepping down was greeted with a great deal of consternation in the Kansas City jazz community. Tatum, a genuine advocate of jazz, had curated the series for years. It turns out that the hand-wringing was seemingly unnecessary. The quality of the forthcoming season is incredibly strong.

The Bad Plus- September 25
Better late than never. A The Bad Plus booking would have represented an adventurous step forward a few years ago. In 2010, the trio is practically part of the jazz establishment. The future has finally arrived.
Grade: A-

Dave Brubeck Quartet- October 14
Jazz Methuselah Dave Brubeck will be two months shy of ninety when he returns to The Folly. Skeptical fans are advised to analyze footage of Brubeck from earlier this month. It's not a particularly exciting engagement, but hey, it's Brubeck.
Grade: B+

Sachal Vasandani- December 10
Youthful crooner Sachal Vasandani is the anti-Michael Buble. Buble covers the Eagles. Vasandani covers Iron & Wine. And Vasandani exudes little of the smarminess that can make Buble unbearable. There will never be a suitable replacement for Frank Sinatra, Mel Torme or Tony Bennett, but Vasandani carries the same torch with tactful aplomb. "Every Ocean, Every Star" is typical. While I believe that he'll eventually find a wider audience, my sole objection with this booking is scale. Vasandani would have a difficult time filling the Blue Room, let alone the Folly Theater.
Grade: B

Arturo Sandoval, March 4
I first saw Arturo Sandoval in the '90s when he conducted a clinic at the sorely missed Kansas City Jazz and Blues Festival. The Cuban defector wasn't yet fluent in English, but he had most definitely mastered the word "m*therf***er. His new album, A Time For Love, is a fine Clifford Brown-style trumpet-with-strings project. If I was told that a string section would be sitting in with Sandoval for this show, I'd boost my rating accordingly.
Grade: B

Joe Lovano "Us Five"- April 2
He's not Ornette Coleman or Sonny Rollins. That's about the only criticism that can be laid on this excellent booking. Joe Lovano is a jazz giant. I'm crossing my fingers that jazz giant in-the-making Esperanza Spaulding will still be a member of Us Five come April.
Grade: A

Karrin Allyson- May 7
Karrin Allyson certainly isn't a stranger in these parts. She played Jardine's three months ago and she's scheduled to perform at the Prairie Village Jazz Festival in September. I'm shooting for an attendance trifecta. Allyson's a wonderful talent.
Grade: A-

An interesting read, Bill. For comparison purposes, here in St. Louis, TBP has played Jazz at the Bistro four years running - January 2011 will make five. Brubeck has been here a couple of times in recent years at the Sheldon, and will play there again in October. In contrast, I think Allyson played the Bistro once a few years ago, and I'm sure Klugh has been here before, though I couldn't say exactly when. Neither Vasandani nor Lovano has played St. Louis AFAIK, and knowing that Lovano's going to be in KC soon makes me wonder why someone didn't book him in St. Louis, too...

Bill,
Did you purposely omit 4-time Grammy winner Arturo Sandoval? He will appear March 4 (date changed from March 11 due to a scheduling conflict)

Thanks for catching my error, Jim. I added Sandoval commentary to the post.

I'd pay to see Nikki Yanofsky! I wish I liked Karrin Allyson and Kevin Mahogany more ...

Nikki may turn out to be the real thing, Rick, but I'm not drinking the Kool-Aid just yet.

"There will never be a suitable replacement for Frank Sinatra, Mel Torme or Tony Bennett, but Vasandani carries the same torch with tactful aplomb."

I don't know why you would ever want to replace any of those guys, but Kurt Elling follows in their footsteps quite nicely.