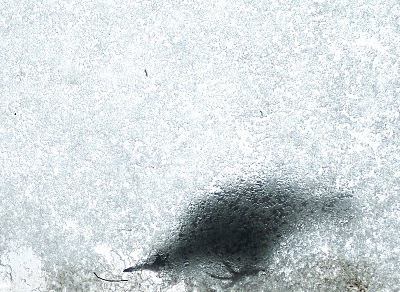 *Will Matthews, President, and Chris Burnett, board member, have resigned from their positions at the Mutual Musicians Foundation "under protest."

From Matthews' letter of resignation: "The manner in which the current Executive Board is doing business is taking the organization in a direction that I do not condone and can no longer be a part of. I regret to have to say that the Foundation is the loser in all of this."

From Burnett's letter of resignation: "The current round of in-fighting and unclear executive leadership of the Mutual Musicians Foundation is not conducive to successfully accomplishing any business in the manner established under President Matthews' leadership and 2009 vision. It must be stated that although I am not privileged to the personal motivations or professional reasoning behind the fracture that has occurred which resulted in literally locking President Matthews out of the building at 1823 Highland Avenue, I do know that such is not the type of professional response that I would personally expect to be engaged among colleagues of such an historically important organization as the Mutual Musicians Foundation. Especially considering that this was done while President Matthews was out of the country on tour with the world-famous Count Basie Orchestra, no less."

*Vocalist Nancy Van Fleet died January 1. She was 89. A memorial jam session will be held at Jardine's on February 10.

*The Magic Jazz Fairy makes a return appearance at KCJazzLark.

*A letter published by the Star correctly points out that a writer neglected to mention the passing of Lucky Wesley in his summary of the year in jazz. I noted that same oversight in this space a couple weeks ago.

*Highland Avenue and Vine Street will become one-way streets between 17th and 18th according to this report.

*A live webcast of Joe Lovano's performance at the Village Vanguard starts at 8 p.m. on Wednesday, January 12. The saxophonist will presumably feature material from his new album of material associated with Charlie Parker. He performs at the Folly Theater on April 2.

What's happening at the MMF is embarrassing. (so is my spelling) Run it like a business. No vision, people parish.

The AJM Director of Marketing and Communications gig is open again. What happened there?

Having met Will Matthews and knowing Chris Burnett quite well I am saddened by this. Their only concern would be to build up the MMF so it can carry on. While it cannot be said exactly what this will do to the MMF, I have to believe it is not a positive turn of events.

The news about the Foundation is distressing. The post on my blog with photos from a Friday night downstairs jam is the most popular I've put up, with thousands of hits from all over the world. I was there on New Year's Eve hearing Harold O’Neal and had a terrific time, as photos from that evening on my blog illustrate. I was invited back to photograph Saturday student lessons there, and planned to accept that invite soon. There is no more historic site in Kansas City. None. Over the 30 years I've visited, the Foundation has seen its rocky patches. But recent visits boasted an institution wonderfully reinvigorated. The interest in my blog posts say to me that’s the Foundation we all want to experience. And now the news which tops this blog post? What is going on?

Well, I don't want to contribute to too much dialog because it is like talking about family drama outside of the family. I am sure that the MMF will go on regardless of who is in charge and what direction they take it in, etc. It always has... My formal resignation letter was written to the points of my concerns and was not a personal thing at all. Primarily, I simply tired of all of the in-fighting that seemed to be routine. I have an elderly mother to attend to at this time, and there are too many other initiatives that I am involved in where it is less difficult to be a "volunteer" and contribute whatever talents/experiences I may bring to a situation. Peace, Cb