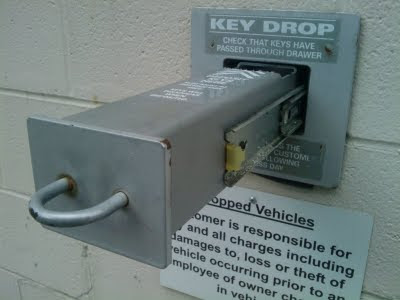 *Awful news from Jardine's: We are devastated to have to cancel Marilyn Maye's June 14th through 19th run at Jardine's. Marilyn was hospitalized Monday morning. Our best thoughts are with her and sincere hopes for her speedy recovery. She will reschedule @ Jardine's as soon as possible. In the meantime, with the cooperation of the Kansas City musicians, we have come up with a schedule for the week. Thank you for you understanding. If you had tickets for Marilyn, we encourage you to come up and support these great local musicians. Cover charge for Tuesday and Wednesday will be waived completely if you have dinner with us, and only $3.00 if you come up just for drinks and music. Thank you, Jardine's.

*"Marilyn Maye's legacy captures that moment in time when Kansas City had as much cultural significance as it would ever attain," Tony Botello suggests in an interesting analysis of the vocalist's career.

*Mouth's recent collaboration with Quixotic at the Wakarusa festival is available as a free download at the jam/funk/jazz band's site.

*Danny Embrey and Bob Bowman were slated to back Connie Evingson at the Jungle Theater in Minneapolis on June 12. Jazz Police previewed the show.

*A Brooklyn-based music lover from Kansas City began blogging this week. I figure at least a handful of Plastic Sax readers know the identity of this mystery man.

*I promised a couple of the guys I'd do this, so here goes. A top-flight rehearsal big band performs from 6-8 p.m. Mondays at Intentions in downtown Overland Park. There's no cover and happy hour runs from 5-7 p.m. I drank two PBRs and ate a full plate of sushi as musicians including Brian Steever and Roger Wilder played. My pre-tip tab was $6.85.

*Plastic Sax is now smart phone-compatible if you care to live that lifestyle.

*From Lucas Homer: Charlotte Street Foundation is currently seeking applications from artists interested in being considered for its Urban Culture Project Studio Residency Program for Visual and Performing Artists, which provides free studio spaces in downtown Kansas City to talented and dedicated area artists in need of space in which to work among a community of peers… Studios are granted to selected artists for one-year terms… Deadline is Monday, July 18th, 2011, for a limited number of studio spaces becoming available September 1st, 2011. Applications are being administered here.

*Jazz pianist Ray Bryant, an occasional accompanist of Charlie Parker, has died. He was 79.

(Original image by Plastic Sax.)
Posted by Happy In Bag at 8:16 AM

Interesting on the Intentions tip. I am walking distance from that place and thought it was just karaoke and cover bands. I might have to check it out. Thanks, Bill B.