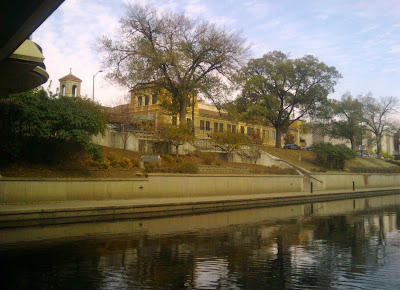 *A reporter for KCUR marvels that "fake storefronts, including movie facades" from Robert Altman's 1996 film Kansas City "(h)ave been in place longer than many businesses" in the jazz district. The station also reports that a tax-increment financing plan for the jazz district has been terminated.

*Hermon Mehari is the subject of an Ink magazine cover story. He's also featured in a promotional video for the Kansas City Chiefs.

*Michael Pagan makes a pitch for the American Jazz Museum.

*Matt Penman of the SF Jazz Collective participates in a video interview to promote the band's appearance at the Lied Center.

*The Pitch catches up with Victor & Penny.

*Another musician who once played with Charlie Parker has died.

*Here's footage of a young Polish group covering Bobby Watson's "Wheel Within a Wheel" in Austria.

(Original image by Plastic Sax.)
Posted by Happy In Bag at 7:25 AM

That Ink article on Hermon Mehari is excellent.

I've said it hear before: 18th and Vine is one of the most depressing places on Earth.

Man...I must be a little messed up then, because I've had many truly joyous experiences at the most depressing place on Earth. What the fuck is wrong with me?