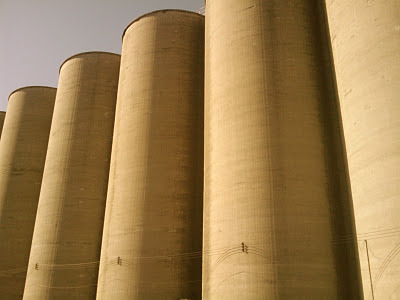 *Jenee Osterheldt reports that Myra Taylor is in poor health.

*Angela Hagenbach is interviewed by the Leavenworth Times in advance of her concert Saturday at the Hollywood Theater.

*"While Memphis bemoans the Folk Alliance International's announced move to Kansas City, St. Louis appears to be gaining ground on another music-related front: creating a blues museum to celebrate the Delta-born art form and pull in visitors," suggests the author of a story about St. Louis' National Blues Museum.

*Intentions, the restaurant and nightclub in Overland Park that sporadically served as a venue for live jazz, has been shuttered.

*KCJazzLark elaborates on a previous post concerning the proper location for jazz festivals in the Kansas City area.

*The American Jazz Museum is involved in a Kickstarter campaign for a documentary about Cecil Taylor.

*Pat Metheny has a Vimeo channel.

*Lucas Homer provides notes on the next couple weeks in live jazz.

*From Peter Lawless: The Ad Hoc Music Series Presents: Game Night (Sunday, Nov. 27 at 8 p.m.) This special event will feature series curator Peter Lawless and his closest musical friends performing a number of original “game pieces.” These playful pieces combine performance art, spoken word and musical improvisation; promising fun, excitement and uncertainty as each note is determined by the roll of the dice and the luck of the draw. Among the games to be played are the meditative Curling, an exciting Board Game for Improvisors, and the return of the infamous PBR Performance Art Olympics.

*From Kemet D. Coleman: I work for MAC Property Management. We are having a Jazz Night in the lobby of our Clyde Manor building (350 East Armour Blvd.) next Tuesday, November 22nd from 7-9PM. The band will be lead by Hermon Mehari and we will be giving away a free Kindle Fire! Chances of winning are pretty high. Free food and booze will be available.

(Original image by Plastic Sax.)
Posted by Happy In Bag at 5:14 PM

The Game Night at the Fishtank will take place Sunday Nov. 27 at 8pm.

Thanks for getting Roger Wilder on the web, HIB! I used to do his MySpace page for several years and even hosted a site on my server for him for several years - primarily during the period of years after I first came back home to the metro. I stopped when I actually started getting busier myself then didn't have time to do his and my own stuff too. Is Roger going to help in the administration of it? He is always so busy. It is great for an entire scene like ours when the leading musicians engage in some sort of promo/marketing of their own career and activities as well. Peace, Cb