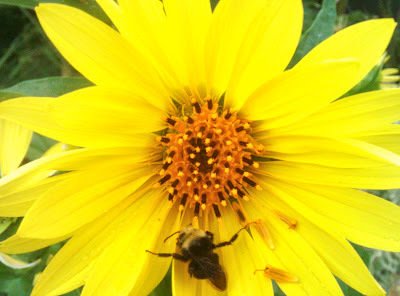 *Anita Dixon of the Mutual Musicians Foundation defends recent changes at 1823 Highland in a remarkable memo published by KCJazzLark.

*The debut of the Kansas City Jazz Orchestra at Helzberg Hall is highlighted in Joe Klopus' latest column.

*Marilyn Maye made an appearance on a local television program.

*Shay Estes wrote an essay about the differences between the technical demands made on vocalists in fado and jazz.

*Comment o' the Week: Anonymous- This is by far the best line this year up for a jazz festival in KC. Good job PV!!!

*Tweet o' the Week: KRenea- 18th & Vine is kinda rockin. Might step in the Blue Room to watch this jazz band.

*From a press release: The Heartland Films, Inc. documentary “Kansas City Jazz & Blues; Past, Present & Future” has been selected for the 2012 Kansas International Film Festival (KIFF)...  Former Kansas Citian and award-winning documentary filmmaker Sue Vicory’s jazz and blues film will screen at 7:30 p.m. on Thursday, October 11, as the closing selection of the KIFF… The Thursday night event will be held at the Glenwood Arts Theatre...  KIFF and the Kansas City Women in Film & TV (KCWIFT) have partnered to make the closing night a special evening.  A party following the screening and Q&A with Sue and musicians featured in the film will be sponsored by KCWIFT.  There will be food catered by Lindsay Shannon’s B.B.’s Lawnside BBQ and a jazz and blues jam led by Hermon Mehari and his trio.

(Original image by Plastic Sax.)
Posted by Happy In Bag at 11:50 AM

There also is a Doc Pomus documentary schedule at KIFF that I'm really interested in catching.

Based solely on the trailer, the Pomus documentary looks magnificent. Thanks for the tip, Gary.

Note to Jazz Festivals....don't EVER skimp on sound. Not today, not tomorrow, not never.

I couldn't tell how the sound was out front of the stage at the PVJF, so no complaints there.

Whatever organizers paid for the sound though, it was too much. I'm not basing this on the quality, rather the fact that they showed up 2 hours late for morning sound checks.

I don't care how it sounded, if your business has reputation enough to get hired for a large jazz festival, how can you possibly be so unprofessional?

Whether performing, providing sound or bussing tables at some restaurant, you don't show up 2 hours late and keep your job. Period.