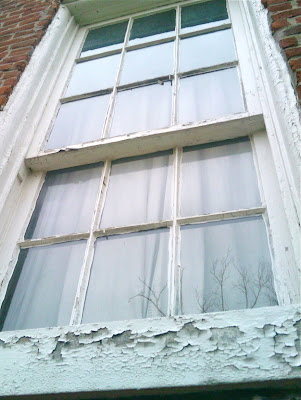 *Downbeat offers a report on the First China Jazz Education Festival in Shanghai.  Clint Ashlock was among the participants.

*Grand Marquis is in the news for the whistle-blowing role its members played in an animal abuse scandal.

*Nextbop offers a preview of the Next Collective's forthcoming project featuring Logan Richardson.

*Tweet o' the Week: John Hilderbrand- Chris Botti is the best selling instrumental artist in America since 2004. That’s what my press release about his Blue Note residency says.

*Comment o' the Week: Jim Mair- Perhaps #12… The Kansas City Jazz Summit (last week of April) band and combo enrollment doubled for year number two. Our Kansas City Jazz Heritage big band competition sign ups went up 33%. The top two bands playing exclusively the music of Basie had a playoff format and the audience members were able to TEXT their vote for the winning band. The texting was worth 35% of there score. This is a first for a competitive jazz festival anywhere. One of our guitar students received a full ride to attend the Pat Metheny Guitar camp last summer. Good things happening in KCK! We are just scratching the surface. KCKCC is the place to be!!

*From Take Five Coffee + Bar: It's our great pleasure to present a series of performances by bassist, composer and bon vivant Jeff Harshbarger in January and February at Take Five Coffee + Bar. Jeff performs with some of the most inventive musical groups in the country, and he'll bring a sampling of them for four performances in the intimate surroundings of what has become one of the Kansas City area's favorite listening rooms… So we're turning over four straight Saturday nights at Take Five to showcase the many faces of Jeff Harshbarger…

(Original image by Plastic Sax.)
Posted by Happy In Bag at 9:03 AM

Had the privilege to hear Harshberger playing Snuff Jazz Saturday night at Take Five. I'm going to be spending a lot more Saturday nights there for sure.