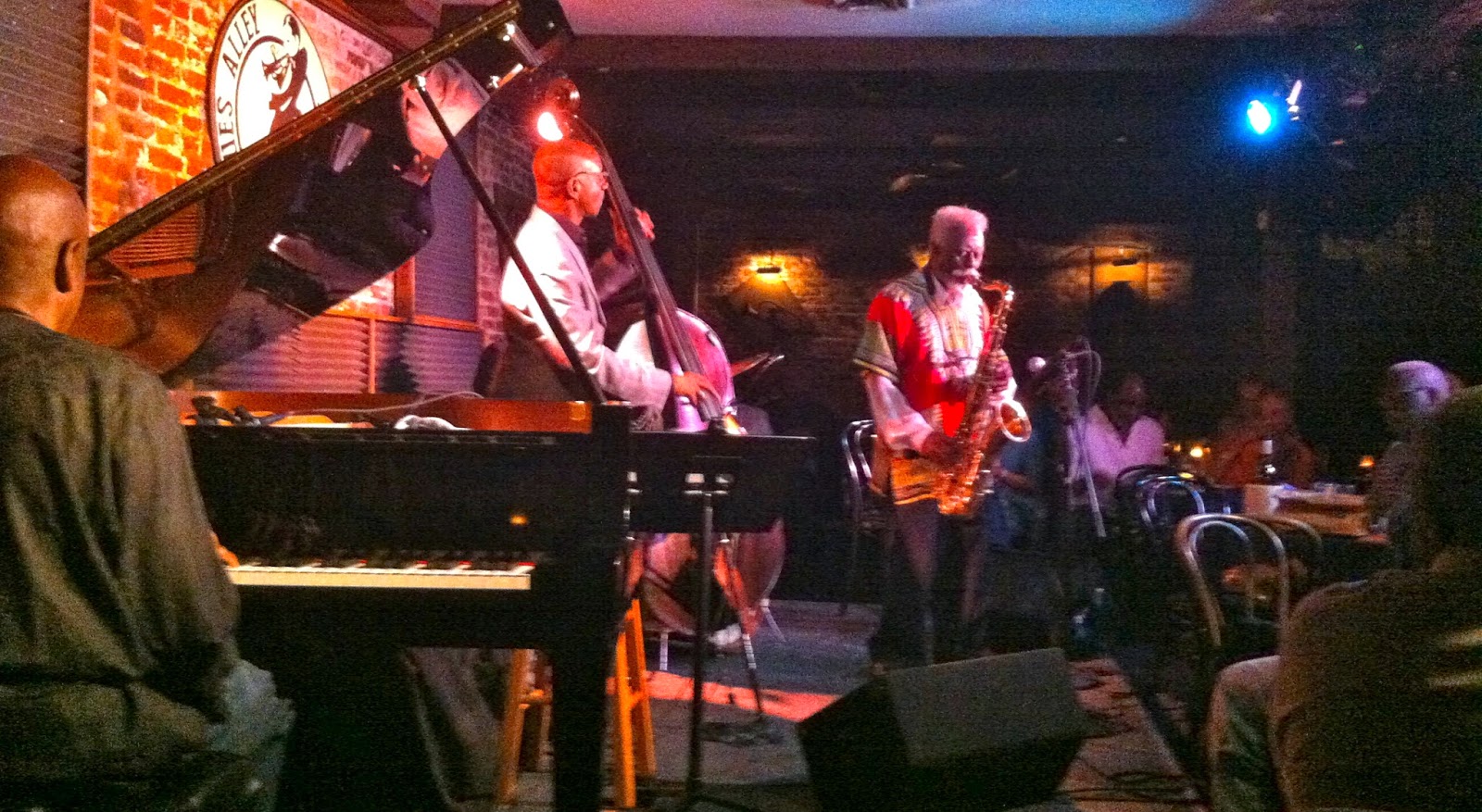 Delighted to discover that Pharaoh Sanders was performing at Blues Alley during the weekend I was in Washington D.C., I bought a ticket to the final set of his engagement in the hope that the legendary saxophonist might be inspired to play longer.

Although his appearance lasted just 70 minutes, everything else exceeded my expectations.  Sanders and his band-  pianist William Henderson, bassist Nathaniel Reeves and drummer Joe Farnsworth- worked in the mystical, trance-inducing style associated with the output that immediately followed his stint as a member of John Coltrane's band.

With his colorful dashiki and distinguished white hair, Sanders resembled a great statesman.  He moved with the cautiousness of a septuagenarian and sat when he wasn't soloing, but Sanders played with the tremendous fire and intellectual acuity documented on albums like 1969's Jewels of Thought.

Blues Alley is a listening room with about 250 good seats.  The vigilant staff disallowed members of the near-capacity audience to create any distractions.  And with the hefty price tag- $40 per person plus a $12 minimum- fans were focused on the captivating music.

Sanders' outing may have been brief, but I'll thinking about it for a long time.