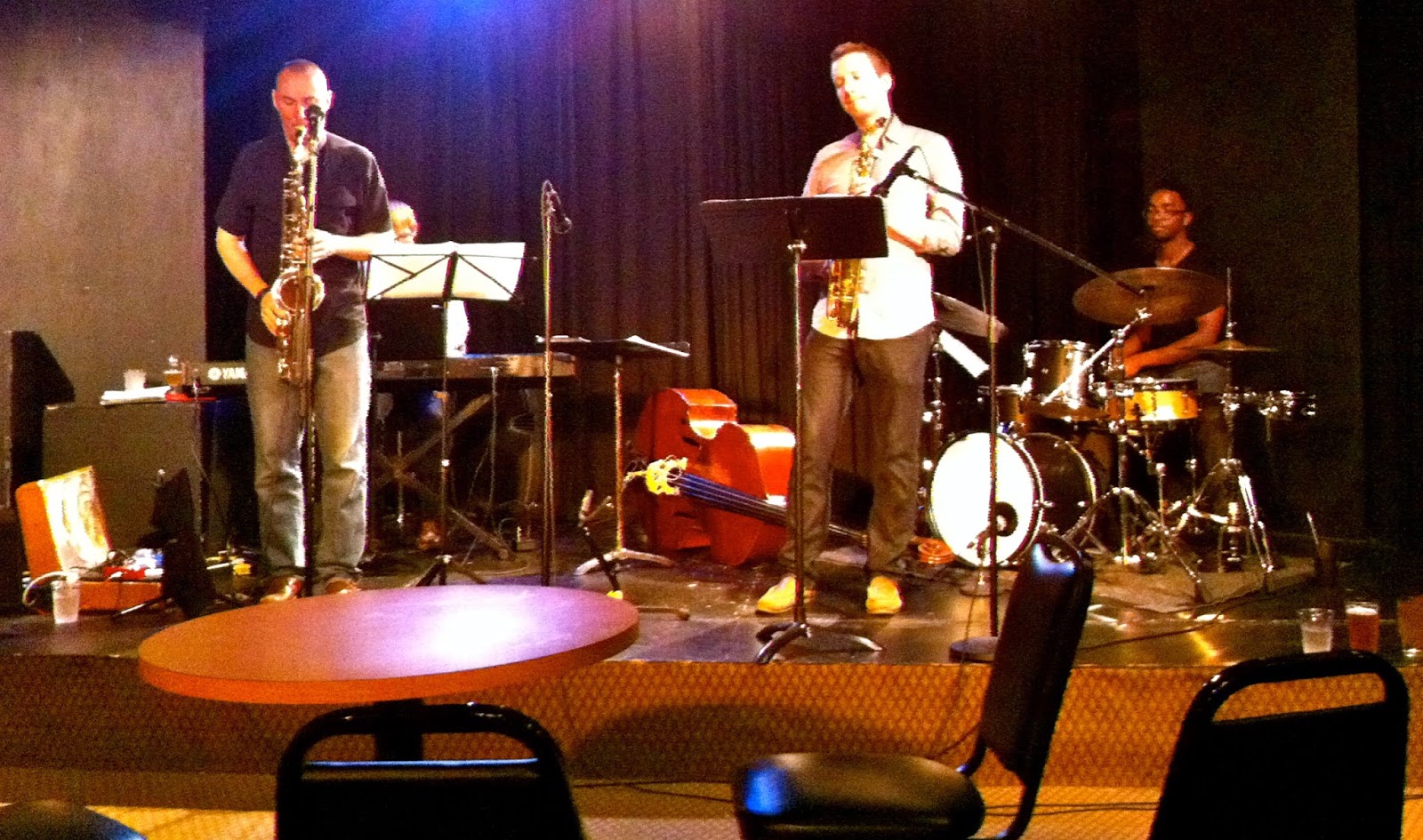 After watching the first several selections of the NBA draft on Thursday, I turned off ESPN and headed to the Westport Coffee House.

As the quintet performed exquisitely crafted and immaculately rendered jazz for an audience of about 20, it struck me that each man would rank highly on a hypothetical draft board of Kansas City jazz musicians.

Like Chris Bosh, Otto is a multifaceted talent.  Shults is a creative playmaker akin to Steve Nash.  The cerebral Martley is the Shane Battier of the local jazz scene.  Leifer and Lee are tremendous individual talents, but much like Marcus and Markieff Morris, they're most valuable as members of the same team.

I apologize to all five deserving lottery picks and to all 15 Plastic Sax readers for my blundering analogies.

(Original image by Plastic Sax.)
Posted by Happy In Bag at 4:12 PM