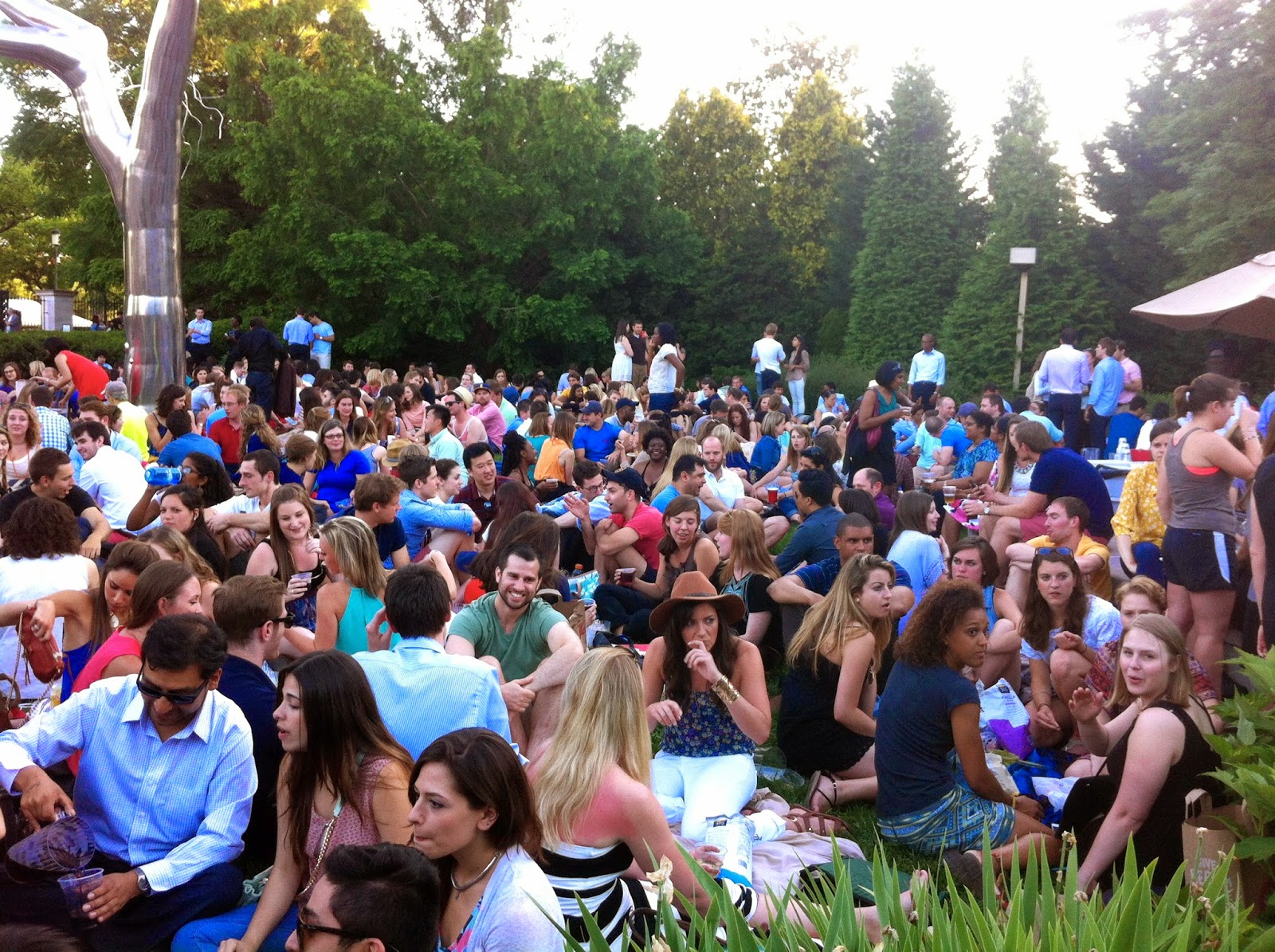 I'm visiting one of the tens of thousands of fledgling politicians, lobbyists and bureaucrats in our nation's capitol.

While the young adults have bright futures, the high cost of living and the low salaries that accompany entry-level positions in Washington D.C. limits their current cash flow.

The conditions have created a perfect storm for Jazz In the Garden at the National Gallery of Art.  The most recent event in the free Friday night concert series drew an overflow audience of more than 2,000.  Every patch of the sculpture garden was claimed.  Juanita Williams, a R&B-oriented vocalist not unlike Kansas City's Millie Edwards, performed this weekend.

As the photo indicates, the audience wasn't particularly attentive, but the mere fact that thousands of fresh-faced people rally around a series that's billed as jazz is encouraging.

(Original image by Plastic Sax.)
Posted by Happy In Bag at 5:20 PM

'free' means we don't really have to give a shit about it.. i'm here for the booze and to schmooze with my boss and his cronies"


and commenter 1021, you forgot to add "hordes of affluent mostly white people'

fucking hipsters and their irony..