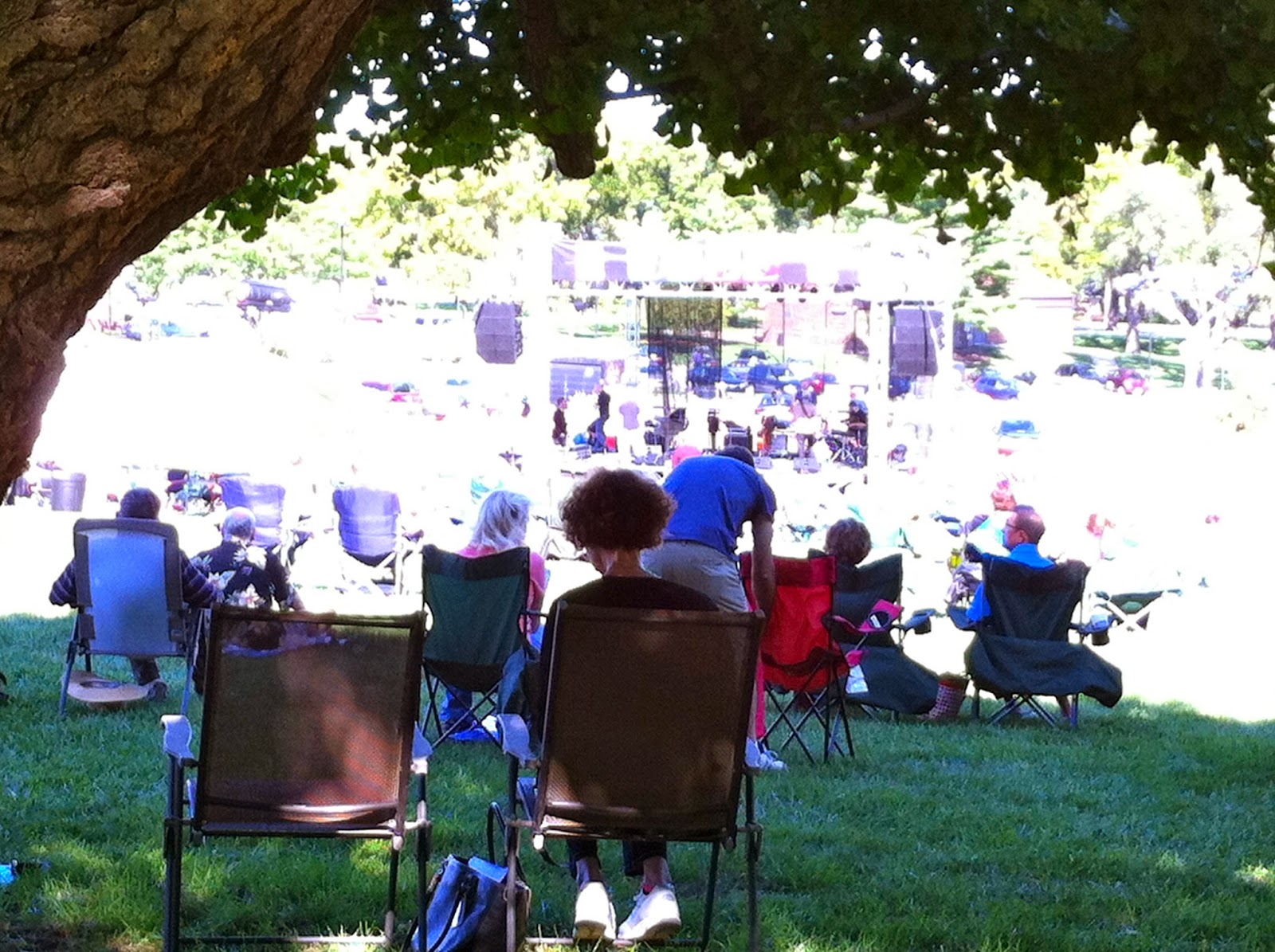 Even with the addition of a nominal $5 cover charge, an artistically engaging edition of the annual Prairie Village Jazz Festival attracted an impressive crowd of several thousand people to Harmon Park on Saturday, September 6.  A few observations follow.

*The Project H's opening set showcased the band's exceptionally compelling compositions.  It was disquieting, however, to see almost no one bobbing their heads or tapping their feet to the band's soulful sound.

*Shay Estes began her outing with "September In the Rain," a possible allusion to Plastic Sax's infamous 2011 "I blame Shay Estes" post.  Rather than conjuring a tempest, Estes and a stellar band played under ideal conditions.  Residents of San Diego would have envied Saturday's weather.

*I took a two-and-a-half hour break from the festival in the late afternoon, but the echoes of Stephanie Moore's voice sounded splendid from a few blocks away.

*I no longer perceive the enormous vocal range and power I once associated with Kevin Mahogany but his exquisite taste and hometown pride haven't faltered.  Mahogany incorporated Ben Kynard's "Red Top" into a rendition of "Route 66" and performed a lovely version of Russ Long's "Save That Time."

*Backed by saxophonist Joe Lovano, trumpeter Terell Stafford, pianist Richard Johnson, bassist Tyrone Clark and drummer Leon Anderson, headliner Deborah Brown said "this is my dream band right now."  Mine too.  After Lovano's stunning solo on his startling innovative arrangement of "Yardbird Suite," I turned from my spot a few feet from the stage to share my delight with others.  I was horrified to discover that three-quarters of the audience had abandoned the festival during the radiant performance by the jazz masters.  Steve Paul captured footage of the ostensibly repellent set.

(Original image by Plastic Sax.)
Posted by Happy In Bag at 2:57 PM