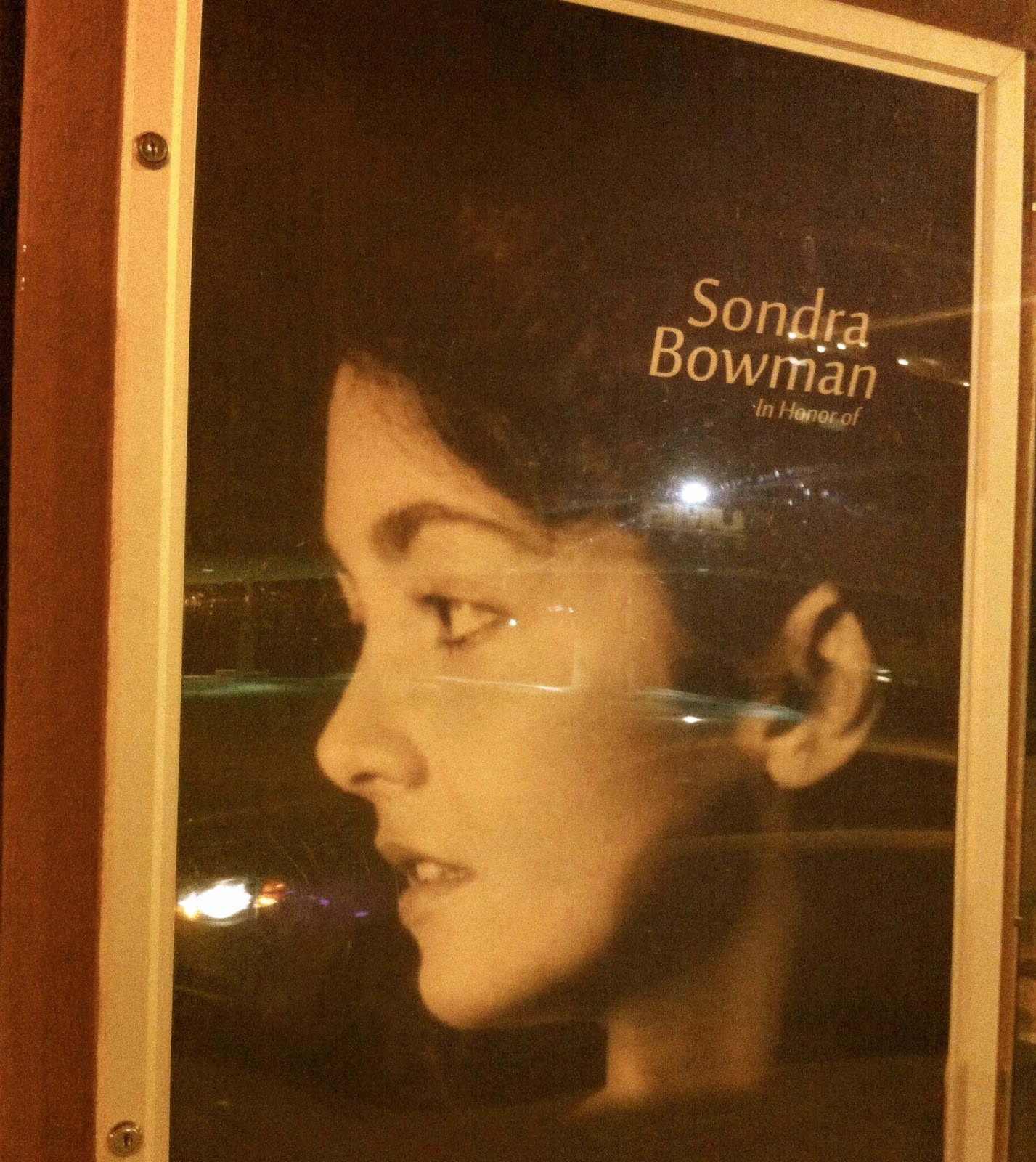 The first set of Bob Bowman's album release party at the Orion Room in the basement of the Green Lady Lounge attracted a capacity audience on Thursday, November 20.  Dozens of longtime fans of the bassist and many of his fellow musicians filled the handsome room with a convivial atmosphere.

Bowman's artistic and physical rejuvenation is one of the happiest recent developments on Kansas City's jazz scene.  The official function for the release of the album Songs for Sandra, consequently, doubled as a celebration of Bowman's vitality.

(Original image by Plastic Sax.)
Posted by Happy In Bag at 8:34 AM