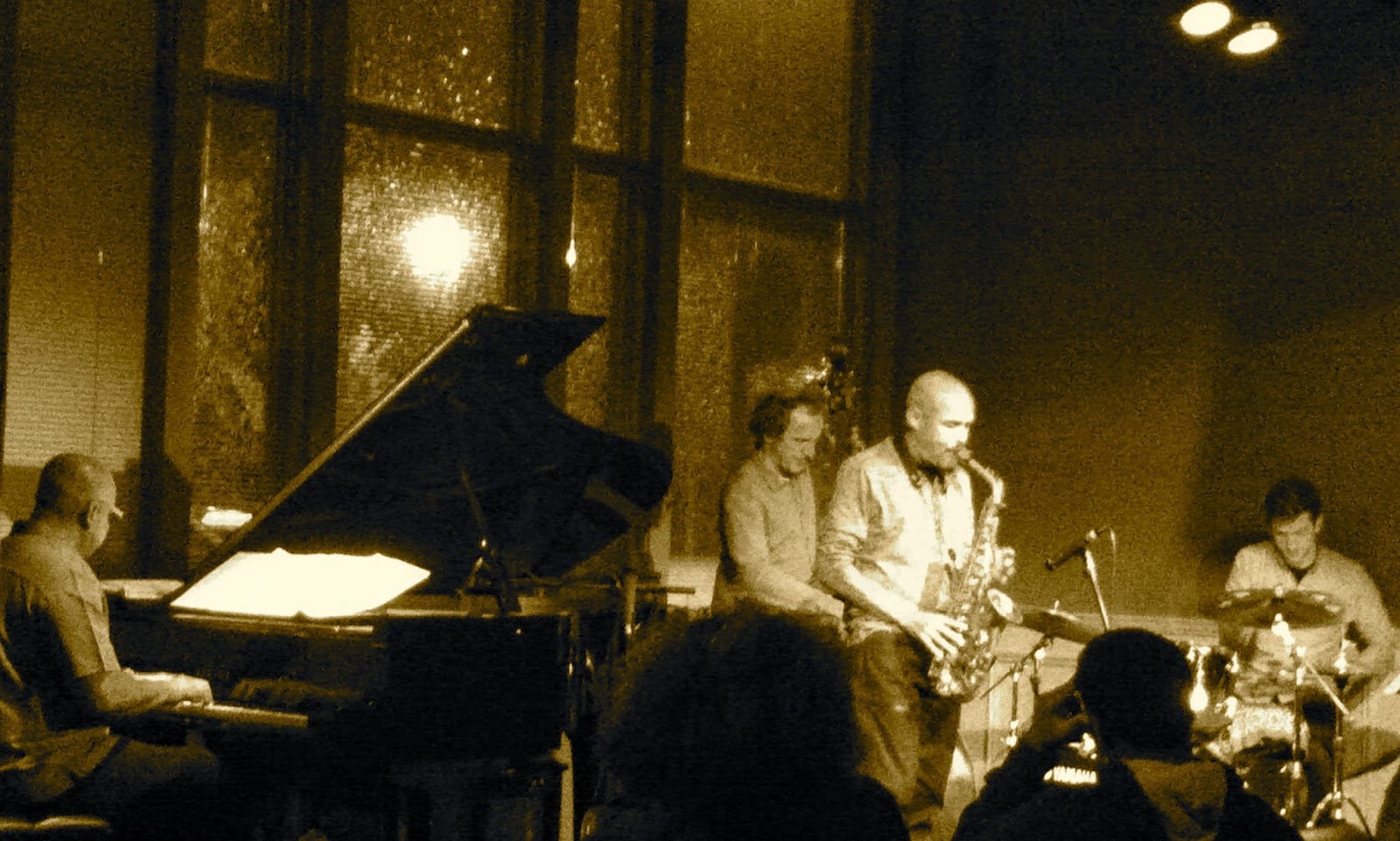 An audience of about 50 heard a very different version of the new material at the Blue Room on Monday, November 3, the night before the album was officially released.  Zenón- one of the most celebrated jazz artists of our time- was joined by the eloquent Venezuelan pianist Luis Perdomo, Austrian bassist Hans Glawischnig and American-born drummer Eric Doob.

Pared down to their core essences, fresh compositions like "Through Culture and Tradition" were riveting.  The daring solos of the saxophonist struck me as the contemporary extension of Charlie Parker's innovations.  A companion insisted that Zenón was channeling Art Pepper.

We agreed that we were hearing one of the best performances of 2014.

(Original image by Plastic Sax.)
Posted by Happy In Bag at 12:19 PM