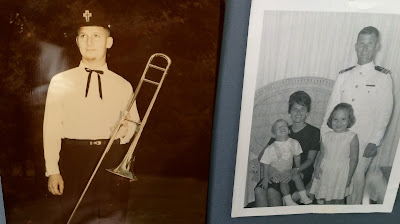 It’s been said that Kansas City is a one degree of separation town.  I’ve never been more startled by the interrelations of the populace than at the funeral of Dorsey Moore on Saturday.

As the father of one of my since-deceased high school pals, I only knew Moore as the gracious man who patiently tolerated the foolhardy antics of reckless teenagers.  A series of speakers at Saturday’s service recounted Moore’s many interests and endeavors.  I didn’t know that he paid his way through college as a professional jazz musician or that his Dixieland band released three albums.

I almost fell out of my pew when Gary Sivils was name-checked as one of his colleagues.  Sivils, a mentor of Mike and Pat Metheny, is my third cousin twice removed (or something like that).  Nor was I aware that Moore was a booster of Bobby Watson’s jazz program at UMKC and had once traveled to Europe with the student ensemble.

The family has requested that in lieu of flowers, donations be directed to the Dorsey and Mary Moore Scholarship for Jazz Studies at UMKC.

(Original image by Plastic Sax.)
Posted by Happy In Bag at 1:28 PM