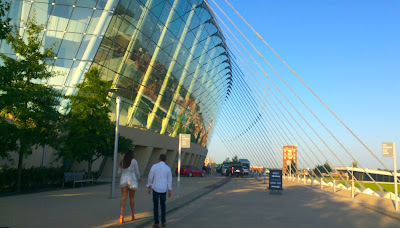 Dave Koz behaved like a shameless ham at Muriel Kauffman Theatre last Thursday, but one of his many adornments was spot-on.  Koz called David Sanborn a “change agent,” praising his co-headliner for liberating the saxophone from the confines of jazz.

Koz’ insight was accurate.  Although it’s called contemporary jazz or smooth jazz, the sound with which Koz achieved fame and fortune isn’t really jazz at all.  The music played by Koz and other stylistic descendants of Sanborn is actually a polite form of funk.

Sanborn’s breakthrough in the 1970s was his realization that there was an enormous market for a mainstream adaptation of Maceo Parker’s style.  That’s not a denunciation.  I am, in fact, a fan.  Besides, Sanborn has great taste.  He used his portion of Thursday’s show to interpret stylish material including D’Angelo’s “Spanish Joint” and Marcus Miller’s “Maputo.”

Even though Koz’s corny antics were exasperating, I heeded his suggestion to get out of my $35.50 seat in the back row of the balcony to dance to covers of Chuck Brown & the Soul Searchers’ go-go classic “Bustin’ Loose” (my Instagram video) and Joe Cuba’s salsa staple “Bang Bang.”

That’s a change agent I can believe in.

(Original image by Plastic Sax.)
Posted by Happy In Bag at 3:54 PM

Sanborn is an easy target to spoof but he covered the Velvet Undergound's "Jesus."

I'm glad to see positive comments about David Sanborn, who's a fine musician and seems to be a genuinely decent person. But I've got to push back a bit against the notion that he's a deliberate knock-off of Maceo Parker.

Sanborn has said many times (including to me when I interviewed him a few years back) that his thing is heavily influenced by Hank Crawford and David "Fathead" Newman. There's a specific anecdote that he's told several interviewers about about seeing the two of them playing with Ray Charles after a St. Louis Hawks basketball game, and that being a formative experience for him.

Also, he and Maceo are basically contemporaries, just a couple of years apart in age. Maceo did start with James Brown three years before Sanborn first played with Paul Butterfield, but the basics of Sanborn's style were already in place by his late teens, before he could have heard Maceo playing with JB.

Sanborn and Parker do have similar sounds, but I'd posit that it's because they have similar influences - Crawford, Newman, maybe a little Louis Jordan and Earl Bostic, too.

Dean- I've binged on early '70s Hank Crawford albums since you left your thoughtful and highly valued retort. You (and David) are right. Hank's influence is obvious. Even so, I stand by my implication that the overall vibe of DS' most popular work is based on the Maceo/JB dynamic.